Trending
You are at:Home»News»From the French Quarter to the SoChi District: “Tchoupitoulas” (****½) and “The Man Who Ate New Orleans” (***½)

Aside from both being gritty, distinctly Southern cities full of life and history, Macon and New Orleans don’t have too much in common. That didn’t keep the Big Easy from having a formidable presence at this year’s Macon Film Festival. “Beasts of the Southern Wild” was chosen to close out the 8th annual fest, providing Maconites with one last chance to see it on the big screen before it competes for four Academy Awards this weekend. But before Hushpuppy and her ancient aurochs ruled the screen last Sunday, two NOLA-set documentaries won audiences over.

“Tchoupitoulas” and “The Man Who Ate New Orleans” helped inject some character into the already strong lineup; as if the Macon Film Festival wasn’t already bursting at the seams with atmosphere– with the Magatinis flowing and people from all walks of life making their way down Cherry Street in between theaters. 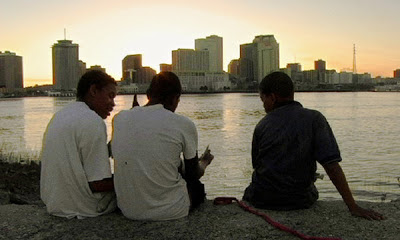 “Tchoupitoulas” was the first film I screened at the Macon Film Festival. The decidedly low-fi project, directed by Bill and Turner Ross, follows three teenage brothers as they venture into town one evening and experience the sights and sounds of New Orleans night life. Valuing an experience over a story, “Tchoupitoulas” gives little attention to who these boys are. The camera is a fourth brother, allowing the audience the same sensory near-overload that a night on the town in this electric city would provide.
The film moves like lava– a sizzling, pulsating flow full of bright colors moving out in any direction it pleases. There is some cooling along the edges, but it boils over with a wonderfully scattered sense of NOLA’s character. Frenetic camerawork follows the boys as quickly as it follows a puff of smoke from the ferry or a dancer at the brass band show. The limited dialogue between the brothers is often muddled due a symphony of ambient noise, but words are hardly the point.
A stand out in the lineup– “Tchoupitoulas” is like following New Orleans’ most interesting Instagram feed. As a documentary, it lacks an educational purpose. As a narrative, it lacks much structure or character development. But in either category, the film succeeds as a beautiful marriage of the experimental and the ordinary. 4.5 out of 5 stars. 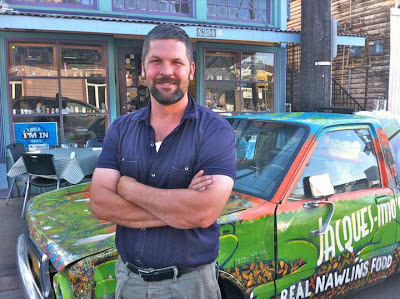 “The Man Who Ate New Orleans” is the feature debut from filmmaker Michael Dunaway. Pastor Ray Cannata left his flourishing church in New Jersey and followed God’s calling to help rebuild and reach out to those in New Orleans following Hurricane Katrina. Cannata is already as charismatic and interesting a subject as you would need for a film; add that he has eaten at every restaurant in the city and you’ve struck gold. Good will and human interest pieces get people’s attention, but food grabs their attention and their appetite. Plenty of restaurants and delicious dishes get their fair share of screentime, but “The Man Who Ate New Orleans” isn’t about the food after all.
One of the most spirited, earnest documentaries I’ve ever seen, “The Man Who Ate New Orleans” is a heartsong to the city and its people, sung by Cannata and accompanied by the cafés, greasy spoons and night clubs that have established New Orleans as one of a kind. The bulk of the film is dedicated to the presentation of seven virtues that best represent the city. Community, generosity, openness, celebration, resiliency, diversity and tradition are all demonstrated through different stories, friends and eateries along the way. The film shines brightest during the virtues and most of all when Bernice McDowell graces the screen. The New Orleanian and friend of Cannata is as colorful, passionate and persuasive as the city itself. A sequel could easily be dedicated to the journey of Ms. McDowell.
Repetitive B-roll, superfluous intertitles and questionably-timed interludes might distract the audience briefly, but are simple editing hiccups that do not detract from the message or intent of the feature. The film is rich and– while it could be trimmed a little– it absolutely leaves you looking forward to dessert. One of the last scenes, a single camera look at dinner at the famed Commander’s Palace, serves as both a focal point for the film and a compelling illustration of one of New Orleans’ most cherished virtues– tradition. 3.5 out of 5 stars.
Share. Twitter Facebook Google+ Pinterest LinkedIn Tumblr Email