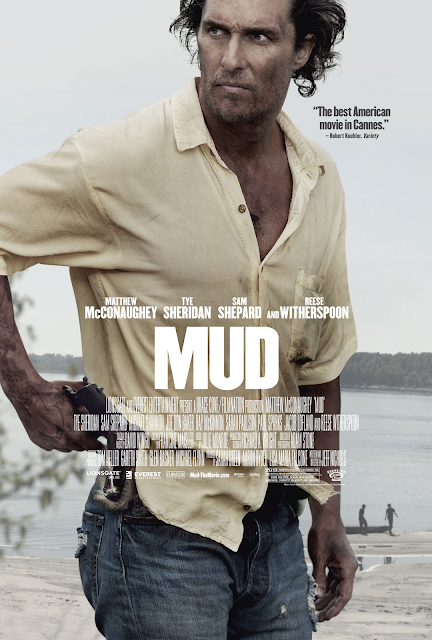 The Atlanta Film Festival has been slowly releasing a few titles at a time, but won’t officially announce the lineup until later this week. On March 15th, Jeff Nichols’ “Mud” will kick off the festival. One of the film’s actors, Ray McKinnon, will be on hand during opening night festivities. I suspect that McKinnon might also be at the festival to promote “Rectify,” his new Sundance Channel original series. “Rectify” was shot in Griffin and centers around an exonerated Georgia death row inmate.

Fresh off the success of 2011’s “Take Shelter,” writer-director Nichols looks to have another hit on his hands with “Mud.” After its premiere at the 2012 Cannes Film Festival, “Mud” rose to the top of the critical anticipation lists for 2013. The film stars Matthew McConaughey in the eponymous role as a fugitive who meets two teenagers that help him evade local authorities as he searches for his love in rural Arkansas. Tye Sheridan, Jacob Lofland, Reese Witherspoon, Ray McKinnon, Sam Shepard, Sarah Paulson and Joe Don Baker round out the impressive cast. The film screened in Sundance last month and will be released theatrically on April 26th.
Look for more coverage of the 2013 ATLFF soon and check out the trailer for “Mud” after the jump.
Share. Twitter Facebook Google+ Pinterest LinkedIn Tumblr Email