Trending
You are at:Home»News»Strong showing for docs at 2013 Macon Film Festival

For the first time at any fest since launching Reel Georgia, I screened more documentaries than narrative features at this year’s Macon Film Festival. You’ve already seen my reviews for Louisiana docs “Tchoupitoulas” and “The Man Who Ate New Orleans,” but four more docs in the lineup also impressed. The 2012 Atlanta Film Festival’s biggest hit was “AKA Blondie,” which was just as big of a success in Macon last month. Israeli Holocaust documentary “Six Million and One” and Montana marijuana documentary “Code of the West” each made their case and the Best Documentary Feature winner, “Death of a Cemetery,” presented a compelling look at the living residents of the Manila North Cemetery. 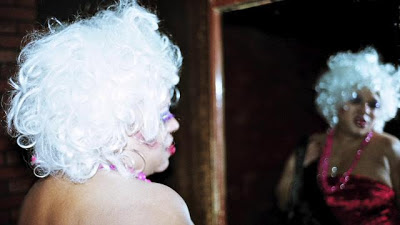 “AKA Blondie” is a film as colorful and creative as its subject, the iconic dancer-poet-author-activist-celebrity, Anita Rae Strange (also known as– Blondie). The unofficial empress of the infamous Clermont Lounge for over 30 years, Blondie has built up a loyal following through her dance moves, her eloquent poetry, her unassuming kindness and most of all– her eccentricities. The filmmaking team of Jon and Brantly Watts, also husband and wife, have spent years getting to know Blondie, researching her past, collecting her friends and piecing the puzzle together. Editing by Alex Kreuter crosses all the Ts and dots all the Is with a fastidious fluidity, making certain the piece moves along at a perfect pace. Showcasing more than just Blondie’s character, “AKA Blondie” captures the idiosyncrasies of Atlanta as well, marking a promising start for the talented Watts duo. 4.5 out of 5 stars. 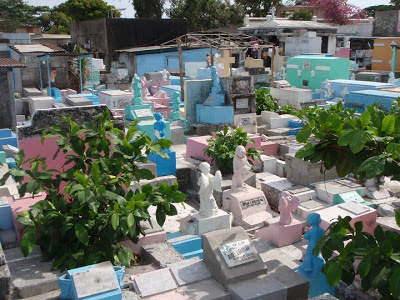 “Death of a Cemetery” wastes no time establishing a sense of mass density and population in the Manila North Cemetery of the Philippines. Filmmakers and Georgians, Phil Britton and Jeanie Duque-Dizon, capture an incredible sense of community in the 133-acre cemetery that is home to some 3,000 residents. “Death is the lifeblood of the community.” An insular society and economy, nearly 100 funerals a day provide plenty of work– between burials, mausoleum upkeep and landscaping. “Death of a Cemetery” chronicles the life of the resident families while maintaining an overarching focus on the government’s movement to push the inhabitants out. A solid soundtrack from BEAK> makes for the appropriate mood. I couldn’t help but wonder what Atlanta’s famed 48-acre Oakland Cemetery would be like if even a couple of hundred living residents called it home. 4 out of 5 stars. 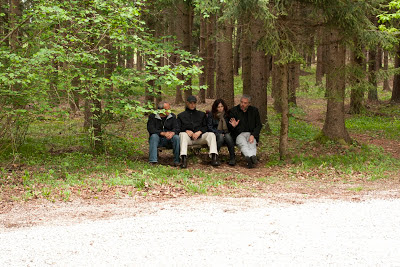 “Six Million and One” is a passion project from Israeli filmmaker David Fisher. Nominated for the 2012 Ophir Award for Best Documentary, “Six Million and One” follows Fisher and three of his siblings as they explore the European concentration camps in which their father (Joseph Fisher) was imprisoned during World War II. After his death, the children discovered their father’s memoir and learned for the first time about his imprisonment, struggle for survival and liberation. The film incorporates a wide range of audio and visual techniques, but structurally remains a bit messy. Moments of the film are simply incredible– the audio tour of Gusen, the exploration of the tunnels where Joseph was forced to build Nazi planes, the chamber orchestra and chorus performing in the middle of the forest. Joseph Fisher’s incredible story is portrayed with a sincere intensity, reflected in the deeply personal reactions of his children. The siblings achieve a form of group therapy on their journey that plays out remarkably on film. Although plenty of moments seem a little too surreal to not have been carefully calculated, there is no lack of passion to be found. “Six Million and One” is a densely packed and affecting film, but the focus oscillates too often to achieve full effect. 3.5 out of 5 stars. 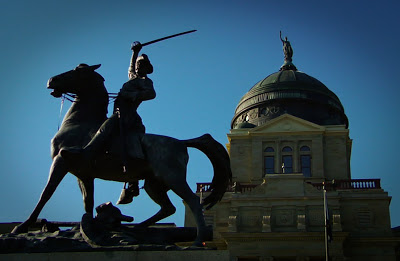 “Code of the West” was the final feature I screened at the Macon Film Festival. Directed by Rebecca Richman Cohen, the film chronicles the Montana state legislature and lobbyists as they plod through the swampy issue of medical marijuana. Montana was the first state to pass legislation for legalized marijuana, despite conflicting federal laws. The film is one of the more polished selections from the festival, but clocked in much longer than necessary. Both sides of the argument are represented, with more time being given to either side at different points in the battle, but balancing out fairly by the end. However, superfluous shots of the Montana State Capitol contribute beautiful but redundant screen time. Trimming the documentary down, perhaps below feature length, would alleviate the sleepiness and accent the exceptional technique. 2.5 out of 5 stars.
Share. Twitter Facebook Google+ Pinterest LinkedIn Tumblr Email