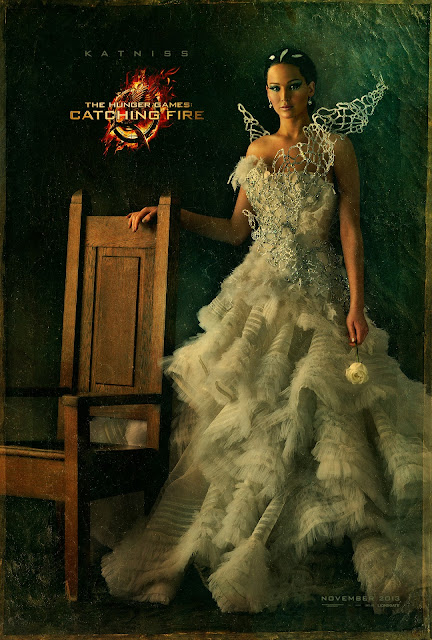 After “Identity Thief” debuted to huge numbers, despite a critical mauling, “42” marks the next Georgia film release this year to strike gold at the box office. Georgia productions are on a roll, to say the least, and the biggest player in the game doesn’t even come out until November. “The Hunger Games: Catching Fire” is the most ambitious Georgia production to date, in terms of budget, spectacle and the expectations of an already massive built-in fan base.

The teaser trailer premiered at the MTV Movie Awards last night, showcasing the first real footage of the film so far. Much like the first film in the franchise, we aren’t given any footage of the actual games– a frustrating, but effective suspense tactic. We can spot returning stars like Jennifer Lawrence, Josh Hutcherson, Woody Harrelson, Liam Hemsworth, Elizabeth Banks, Stanley Tucci, Donald Sutherland and Willow Shields, as well as newcomer to the cast– Philip Seymour Hoffman. Francis Lawrence’s sequel hits cinema screens on November 22nd.

Check out the trailer after the jump!