Trending
You are at:Home»News»Atlanta’s Homespun Series— Local docs to screen at The Plaza this Friday 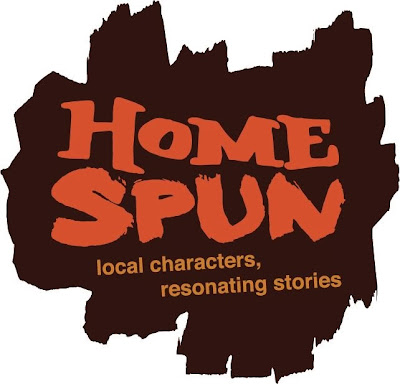 This Friday night, November 15th, the Homespun Series kicks off with its first ever screening event at The Plaza Theatre in Atlanta. Launched by “AKA Blondie” filmmakers Jon and Brantly Watts, Homespun is a documentary series spotlighting ‘local characters, resonating stories’ in and around Metro Atlanta.
Atlanta’s film boom can be credited to the Georgia’s geographic diversity, ease of production resources and tax credits—but also the fact that Atlanta can easily be masked to double as wherever filmmakers need it to. In an effort to showcase Atlanta’s unique citizens and distinctive culture, Homespun will allow audiences to get closer to some of the city’s most compelling individuals and eccentric neighborhoods. As more films and filmmakers become involved in this series, more and more of Atlanta’s true character will be revealed.

For this first screening, three films will be showcased; “Machine Gun Mary,” “Time” and “Golden Child.” Everything about these films is local and the filmmakers will all participate in a Q&A afterwards.

Machine Gun Mary profiles Mary Matia, a 22 year-old female boxer who is contender for the 2016 Olympic Games after only training for 2 years. Mary earned her moniker from her intensity and never-ending stamina in the ring. Vimeo

Father and son have repaired and restored antique clocks and timepieces in Atlanta for over 40 years. As the steady march of age and technology begins to threaten their very way of life, they share with us their unique, inspiring, and refreshing perspective on our most precious resource… our time.

Performance artist, assemblage sculptor and urban junk collector Shawn Knight challenges our perception of the discarded and broken as we witness him turn Atlanta’s trash into gold. Vimeo