Trending
You are at:Home»News»What to see at the 2014 Atlanta Jewish Film Festival

Oscar-nominees, Israeli blockbusters, European documentaries and everything in between— Here are 27 films worth checking out at the Southeast’s largest film festival. 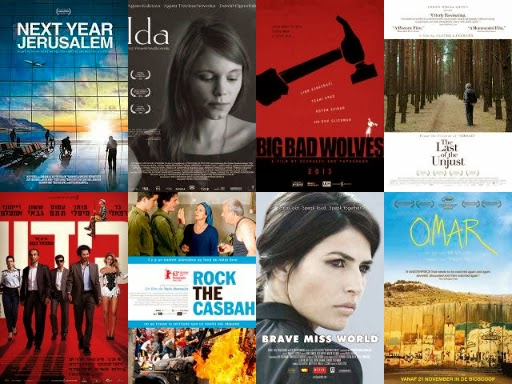 At fourteen years old, the Atlanta Jewish Film Festival is in a great place. Now the largest film festival in the Southeastern United States, I fully expect it to be declared the largest Jewish film festival in world when ticket sales are finalized next month.
The sprawling three-week event has always been a source of excellent programming, with plenty of movies to appeal to people across the board. Estimates for the number of non-Jewish festival-goers hover at around 25% of total attendees, but there is definitely room for growth there. Good films abound at AJFF, and good films are good whether you are Jewish or not! I’ve been attending for half-a-decade and this year’s lineup looks to be the strongest I’ve seen yet.
From opening night selection “Run Boy Run” to closing night documentary, “Next Year Jerusalem”—there is something for everyone to enjoy. Foreign Language Oscar submissions from Argentina, Czech Republic, Israel, Macedonia, Palestine (one of the nominees, “Omar”) and The Philippines all feature in the lineup, as well as the Oscar-nominated documentary short film, “The Lady in Number 6: Music Saved My Life.” Ophir nominees and Israeli box office hits like “Bethlehem,” “Big Bad Wolves,” “Hunting Elephants,” “Kidon,” “Rock the Casbah” and “The Wonders” are highlights, as are films from across Europe and South America. This year’s documentaries cover a variety of subjects, from famed filmmakers and political figures to the Holocaust and modern Israeli issues. Four films feature in special anniversary screenings, including a 25th anniversary presentation of the Georgia set-and-shot winner of the 1989 Academy Award for Best Picture, “Driving Miss Daisy.”
The festival kicks off on Wednesday, January 29th and runs through February 20th. Check out our list of over two dozen films to see at this year’s festival, after the jump. 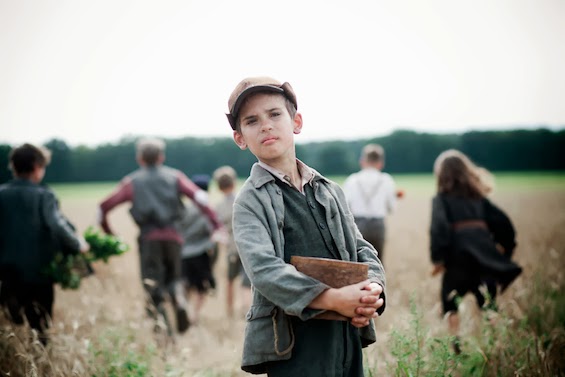 Opening Night: Run Boy Run
The opening night selection is always a tremendous crowd-pleaser and “Run Boy Run” looks to be another hit for AJFF crowds. The French film based on a Polish boy’s escape from a Warsaw ghetto and survival on the run promises both beautiful imagery and strong performances. 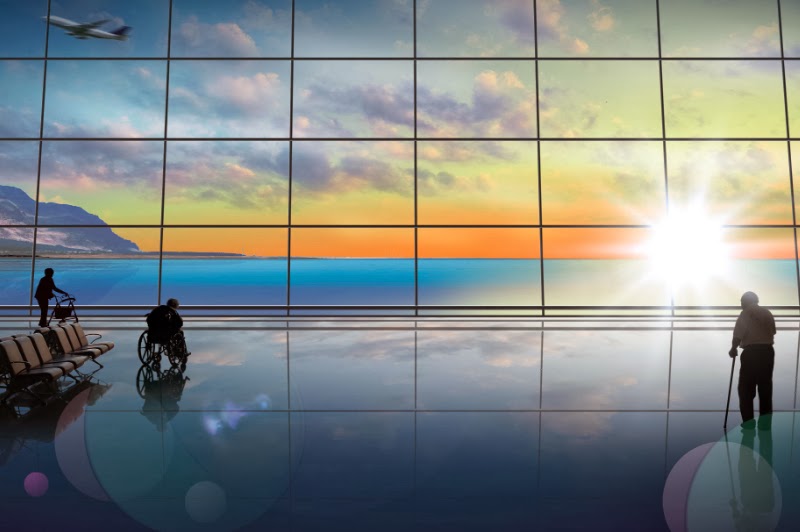 Closing Night: Next Year Jerusalem
A documentary that follows the residents and staff of a Connecticut nursing home as they take the trip of a lifetime to Israel. Both challenging and affecting, “Next Year Jerusalem” has plenty to say about the spiritual power of Israel as well as the burden of aging in modern society. 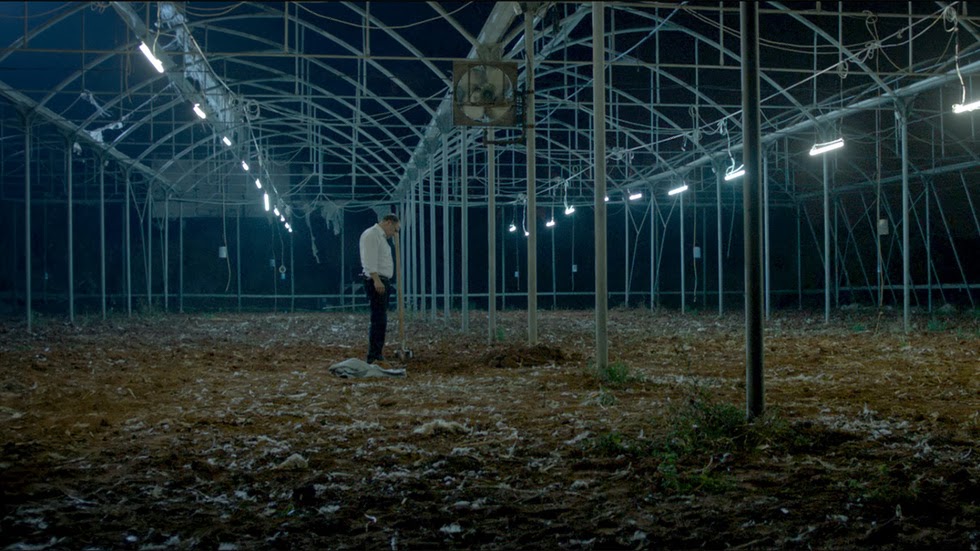 From Aharon Keshales and Navot Papushado—the filmmakers behind the huge Israeli hit, “Rabies” (the first narrative feature I ever gave five stars)—”Big Bad Wolves” is the edgiest and darkest comedy you’ll see at AJFF this year. Quentin Tarantino named it the best film of 2013 and it went on to win three Ophir Awards out of eleven nominations. This is my most anticipated film of the 2014 festival. 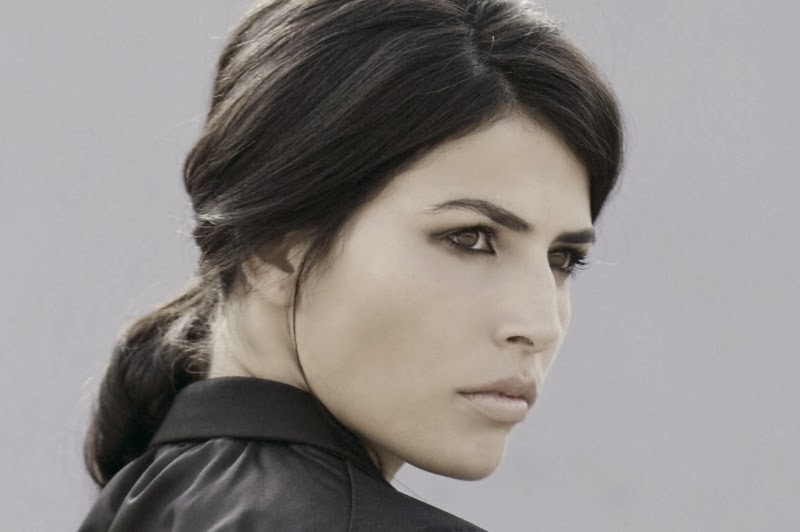 In 1998, Linor Abargil was savagely stabbed and raped seven weeks before she represented Israel in the Miss World competition—where she was crowned the victor. Cecilia Peck’s documentary shares Abargil’s story and her worldwide crusade against sexual violence. 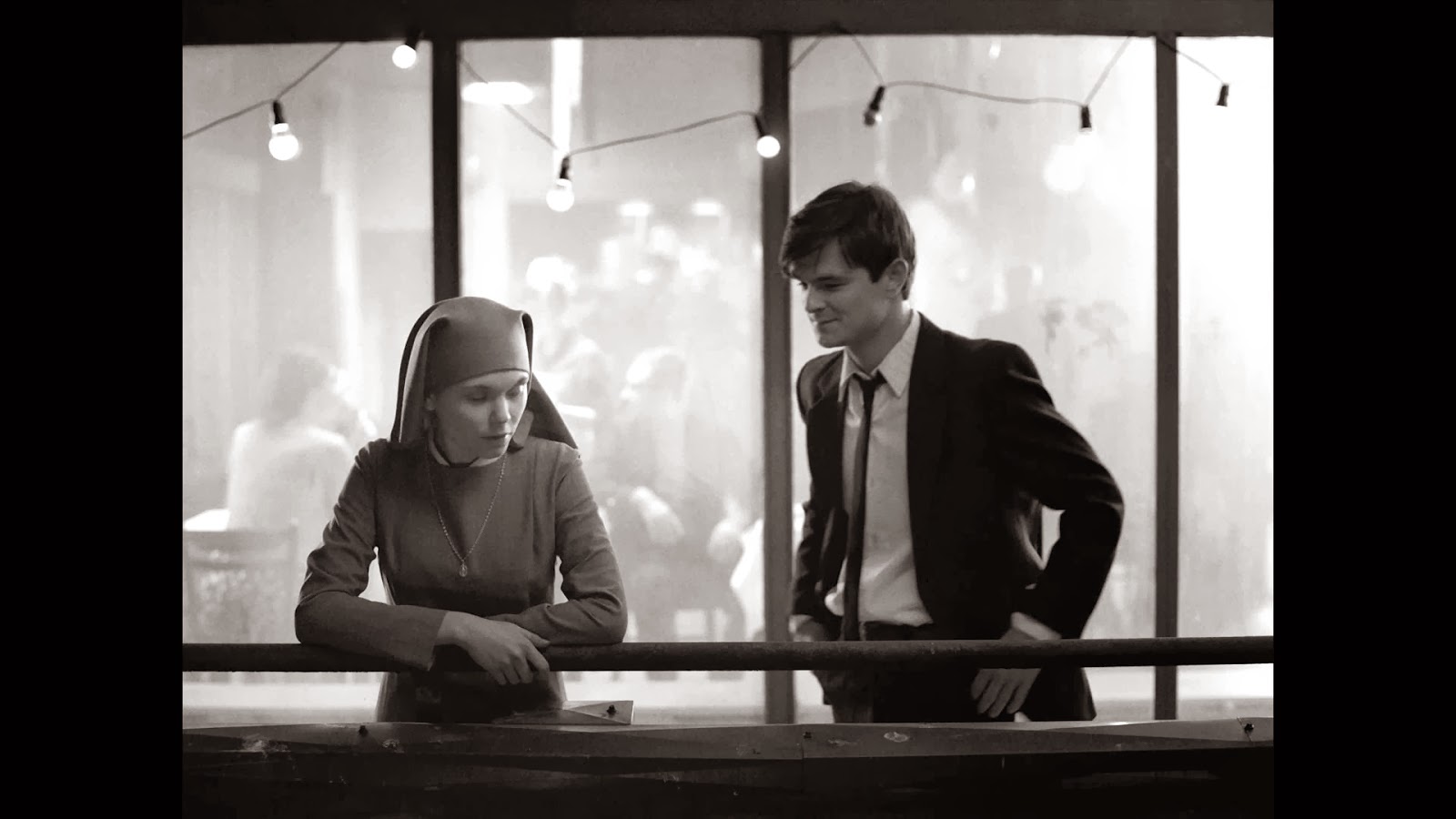 Award-winning Polish filmmaker Pawel Pawlikowski lit up the international festival circuit in 2013 with his latest, “Ida.” Following a young nun in 1960s Communist Poland, “Ida” promises to be one of the most quietly moving, artful films of the festival. 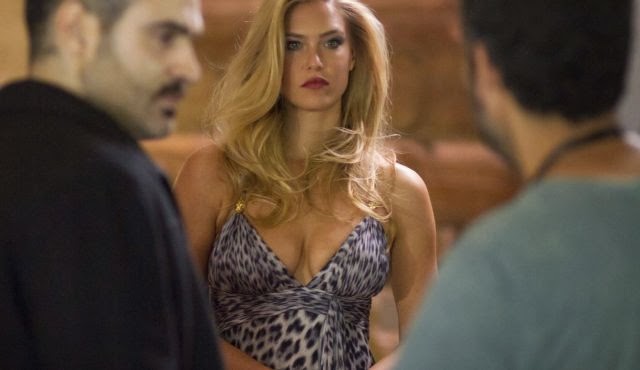 A French-Israeli hit packed with stars like Sasson Gabai, Raymonde Amsellem, Bar Refaeli and Hippolyte Girardot, “Kidon” is a stylish account of the Mossad-led 2010 assassination of Hammas leader Mahmoud Al-Mabhouh. 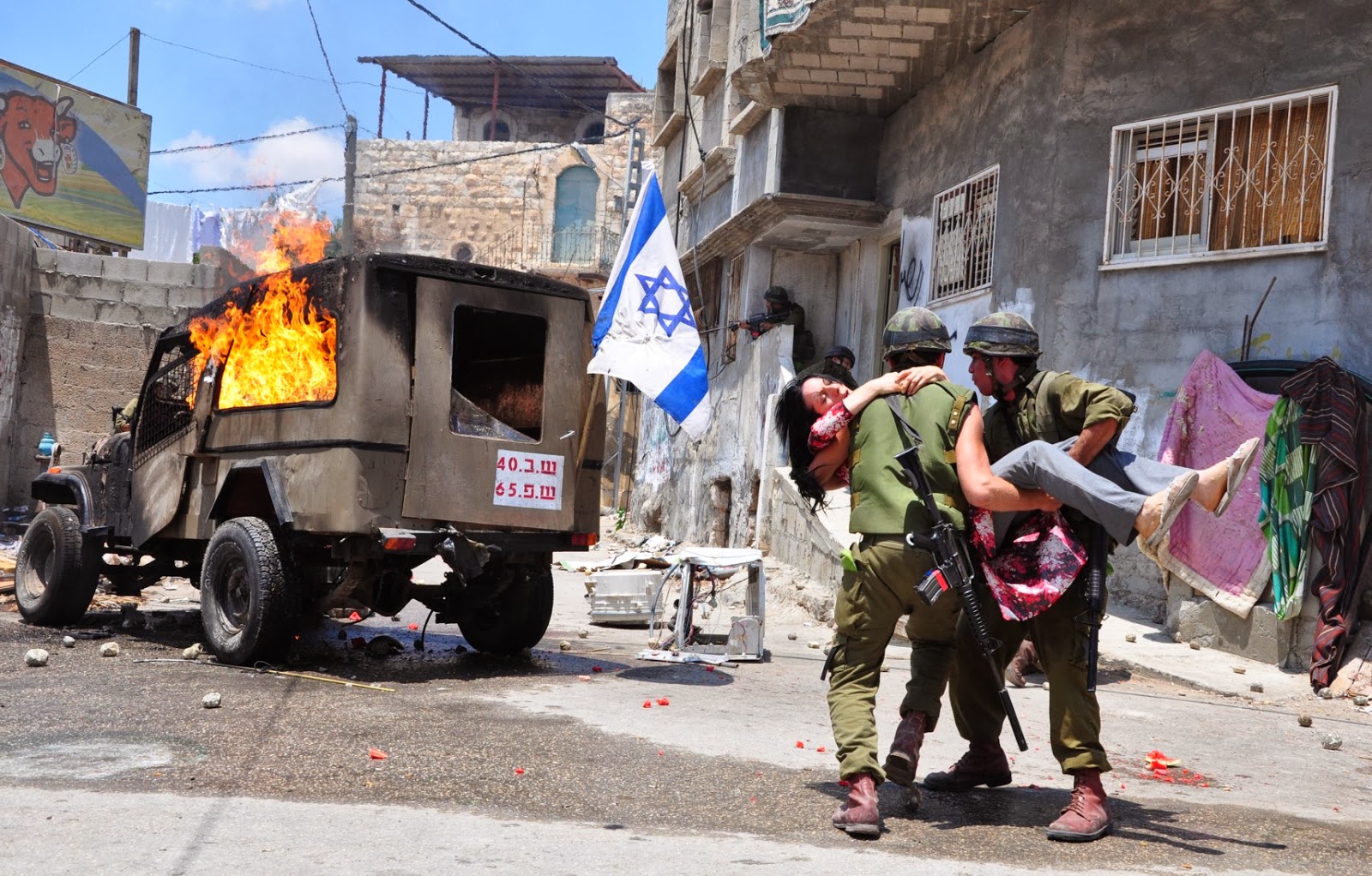 A hit at Berlinale and nominated for eight Ophir Awards, “Rock the Casbah” follows IDF soldiers patrolling in Gaza. Capturing both sides of those caught in a terrible situation, “Rock the Casbah” is a beautiful, visceral look at the unfortunate reality of life in the Palestinian territories. 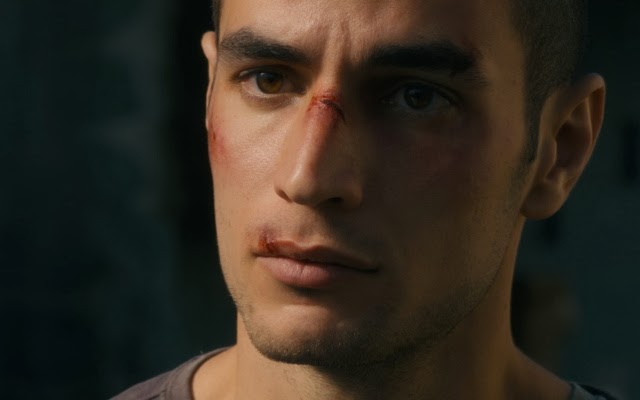 This year’s AJFF features six different Best Foreign Language Film Oscar submissions. “Bethlehem” and “Omar” come from Israel and Palestine, respectively—with “Omar” going on to be one of the five films to receive an Oscar nomination. “The German Doctor” comes from Argentina, “In the Shadow” from Czech Republic, “The Third Half” from Macedonia and “Transit” from The Philippines. “The Lady in Number 6: Music Saved My Life” also earned an Academy Award nomination for Best Documentary Short Subject. 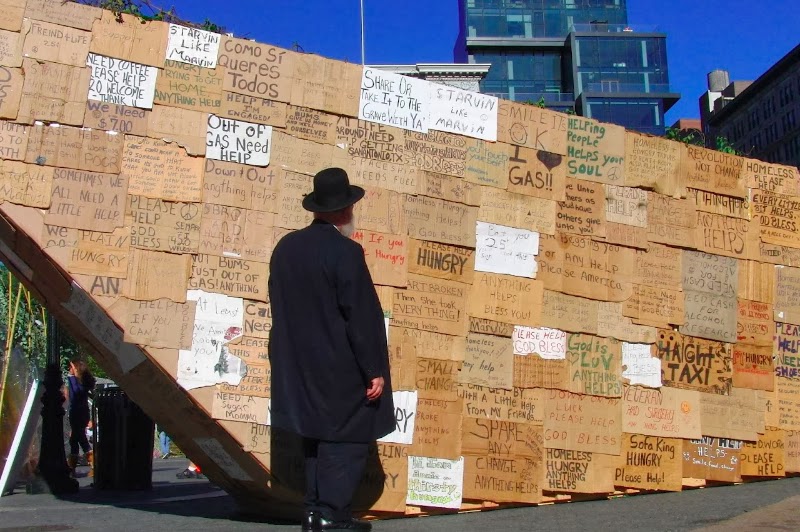 From cultural documentaries like “Natan” and “Sukkah City” to historical docs like “The Last of the Unjust,” there is plenty of non-fiction programming at this year’s fest. European narratives like “Aftermath” (Poland) or “Like Brothers” (France) share the schedule with South American thrillers like “God’s Slave.” Israeli features like “The Wonders” play multiple venues and promise to be big hits with the AJFF audience. 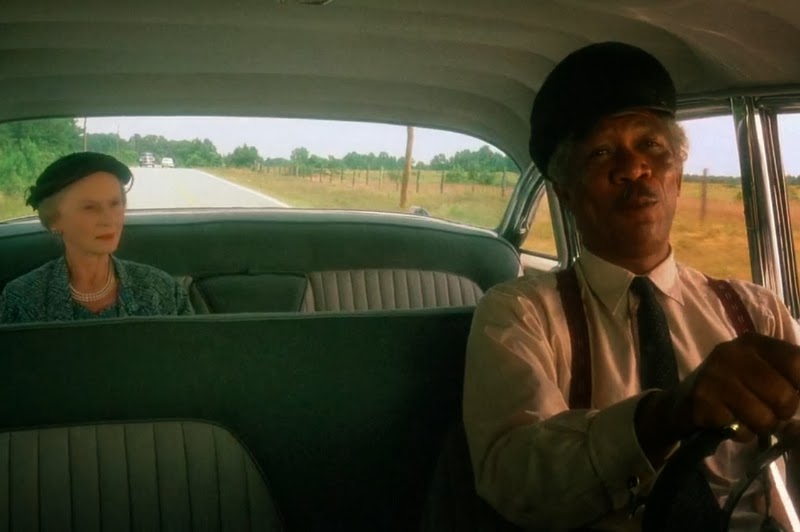