Trending
You are at:Home»News»The Best Films of 2013 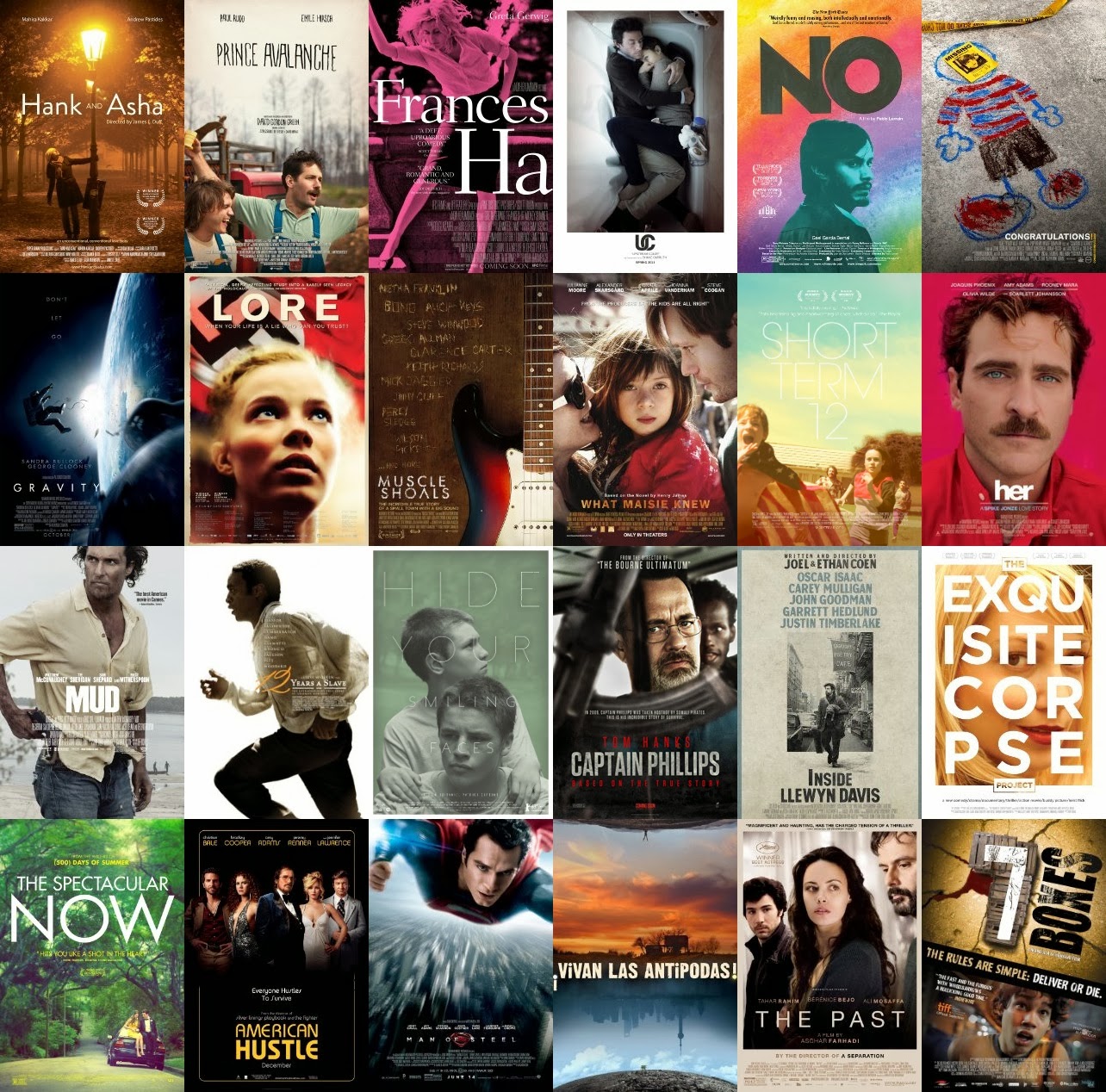 Sure, we are already into February now. But with years like 2013, it’s never too late to celebrate such high quality cinema. Perhaps the best year since 2007 (“The Assassination of Jesse James by the Coward Robert Ford,” “Atonement,” “The Diving Bell and the Butterfly,” “I’m Not There,” “No Country for Old Men,” “Ratatouille,” “There Will Be Blood,” “La Vie en Rose”), 2013 showcases strength across the board—in foreign and American films, in documentaries and narratives, in dramas and comedies—and perhaps most of all—in films that blurred the lines.
This past year’s films showcased stories and craftsmanship as complex as the filmmakers themselves. From auteur-driven work like “American Hustle,” “Gravity,” “Her” and “Upstream Color” to a tremendous showing for American indies like “Hank and Asha,” “Hide Your Smiling Faces” and “Short Term 12″—this list is probably the toughest I’ve ever put together.
Several of these films played our local film festivals. “7 Boxes,” “euphonia,” “The Exquisite Corpse Project,” and “Mud” all played at the Atlanta Film Festival. “Hank and Asha” and “The Past” both screened at the Savannah Film Festival. “Lore” was easily my favorite film from the 2013 Atlanta Jewish Film Festival. “Hide Your Smiling Faces” and “Short Term 12″ were just two films from a remarkable lineup at the Sidewalk Film Festival in Birmingham last year. Some films featured at multiple festivals—”Congratulations!” played both Atlanta and Sidewalk and will screen at the Macon Film Festival later this month, “Muscle Shoals” screened at Sidewalk and will also play in Macon. “The Spectacular Now” played both Atlanta and Savannah.
Honorable Mentions
“Stories We Tell,” “Enough Said,” “Prince Avalanche,”
“The Spectacular Now“(A, S), “To the Wonder,” “Muscle Shoals”(SW, M),
“euphonia“(A), “What Maisie Knew”
20 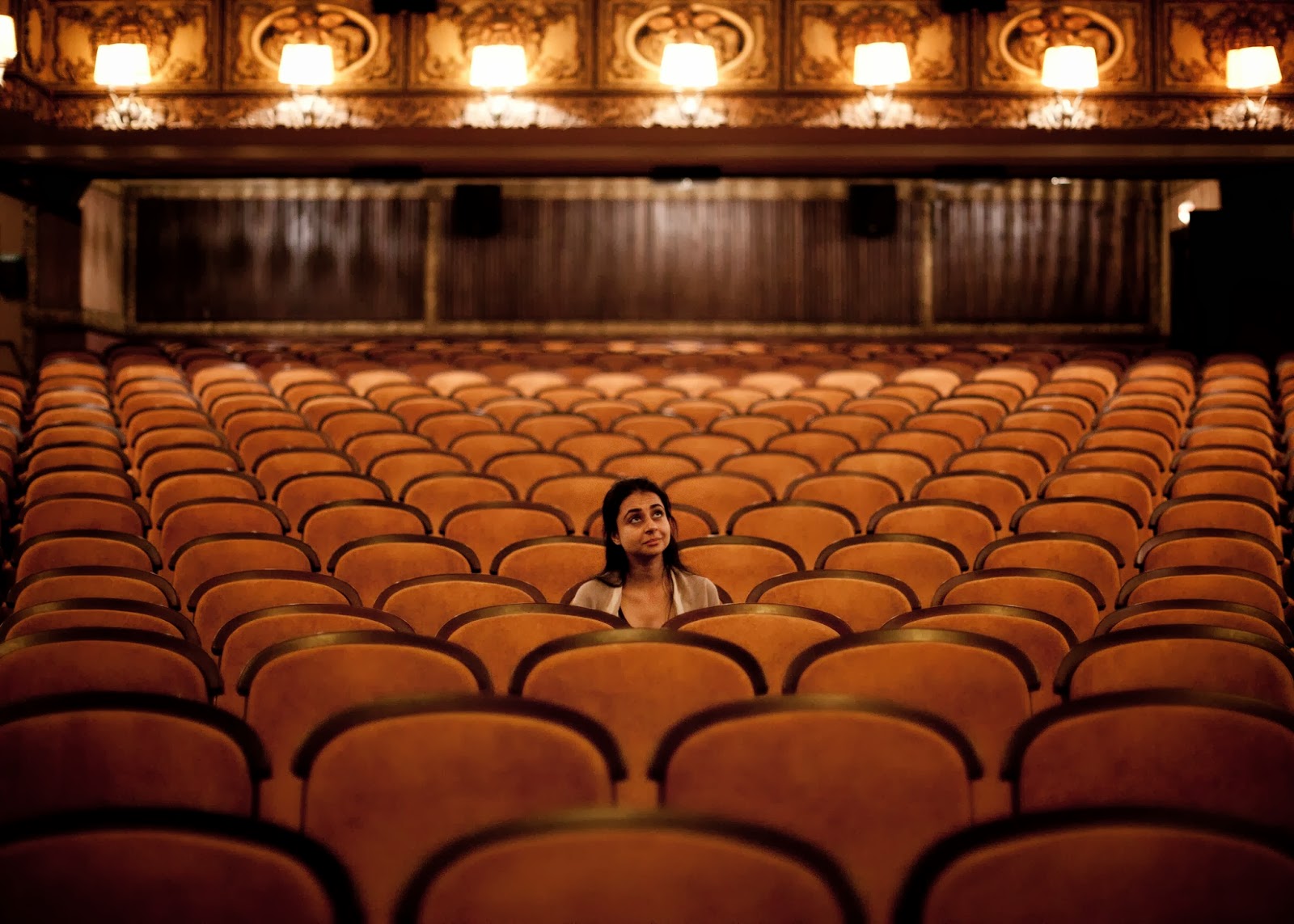 “Hank and Asha”
directed by James E. Duff
A festival hit that I finally got to catch in Savannah, “Hank and Asha” is comprised completely of video messages sent back and forth between Hank, a young filmmaker from North Carolina living in New York, and Asha, a young Indian film student living in Prague. Husband and wife writing team James E. Duff and Julia Morrison (Duff also directs) keep it simple and sweet; stars Andrew Pastides and Mahira Kakkar make you fall in love.
Savannah Film Festival
19 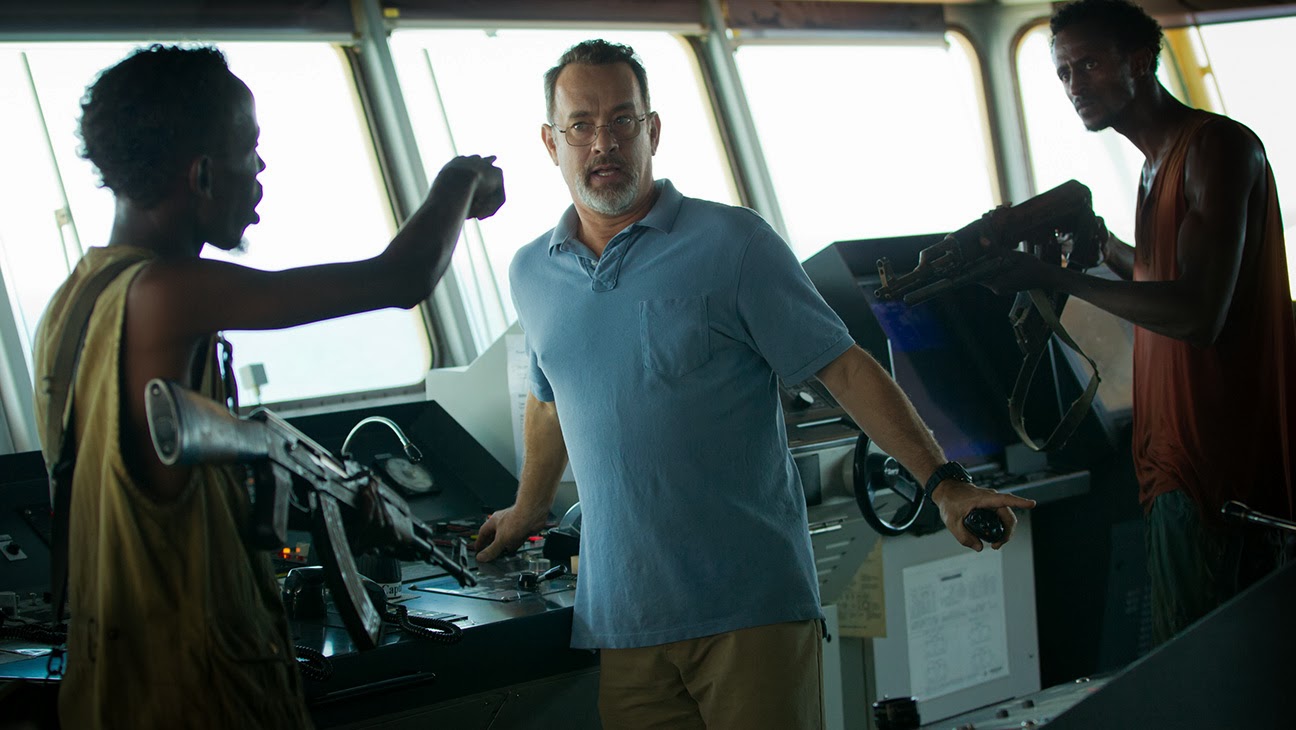 “Captain Phillips”
directed by Paul Greengrass
Paul Greengrass—with his organic, frenetic sensibility—was always the perfect man to direct “Captain Phillips.” Though the film plays second—or third—fiddle to performances by Tom Hanks and Barkhad Abdi, it is surely one of the most taught, finely tuned movies released in 2013.
18 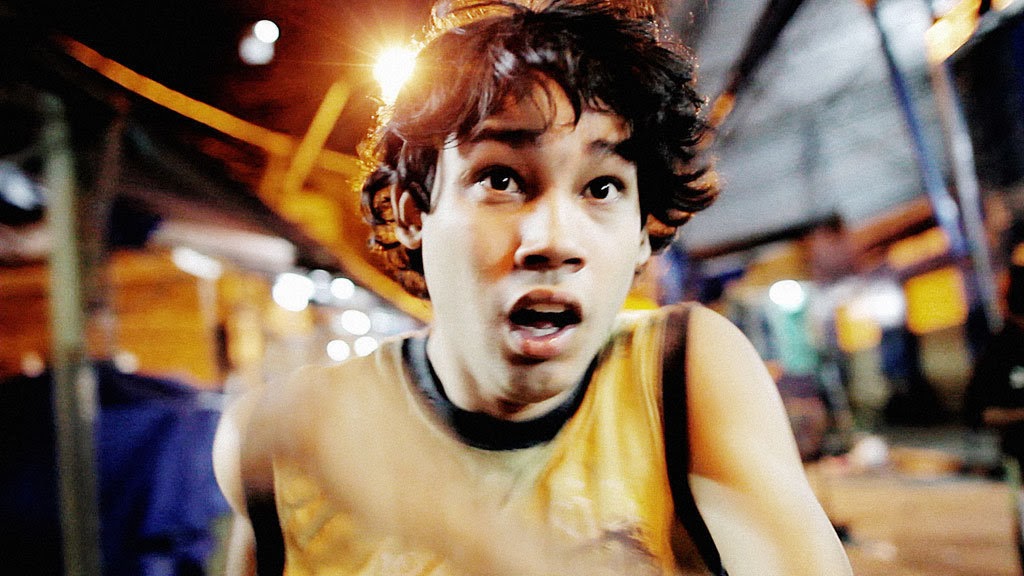 “7 Boxes”
directed by Juan Carlos Maneglia & Tana Schembori
Perhaps most well-known as Paraguay’s official submission for the 2013 Foreign Language Oscar, “7 Boxes” was also the biggest surprise at the 2013 Atlanta Film Festival for me. The last film I saw at ATLFF13, it is equal parts “Slumdog Millionaire” and “City of God” while also quickly establishing and maintaining its own identity. One of the most colorful, thrilling experiences I had at the cinema last year.
Atlanta Film Festival
17 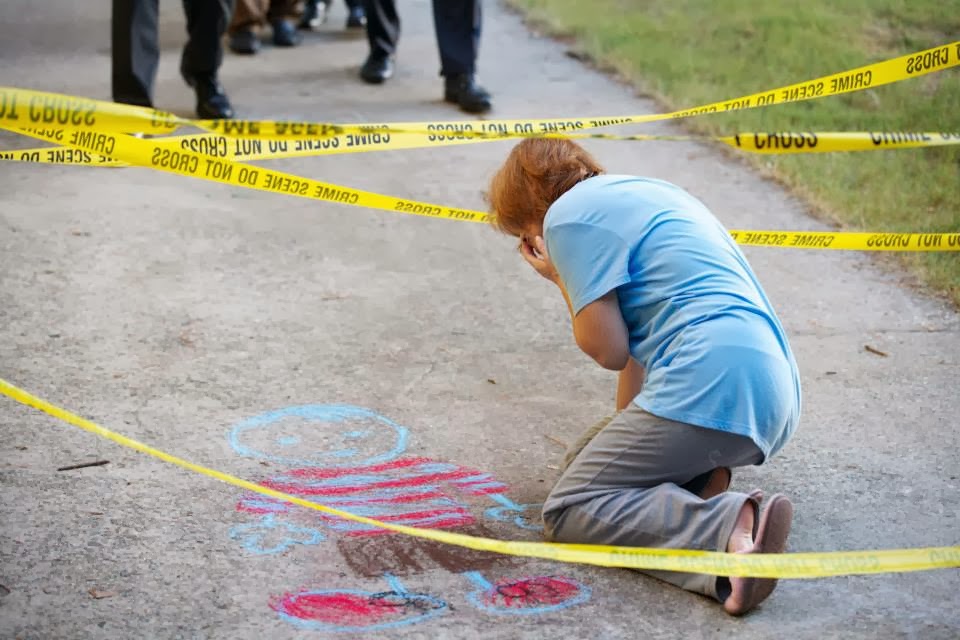 “Congratulations!”
directed by Mike Brune
Shot (almost entirely in one home) in the Atlanta suburb of Johns Creek, Fake Wood Wallpaper’s “Congratulations!” is easily one of the sharpest Georgia productions I’ve ever seen. The blackest of comedy is expertly infused with a healthy dose of “Airplane!” slapstick and features excellent performances from Rhoda Griffis and John Curran. This film might not mean the same thing to all audiences, seeing as the comedic aspects aren’t as obvious to some and the dramatic notes might occasionally shift weight around. However you slice it, Mike Brune knew exactly what he was doing with “Congratulations!” and now I’m a fan forever.
Atlanta Film Festival, Sidewalk Film Festival, Macon Film Festival
16 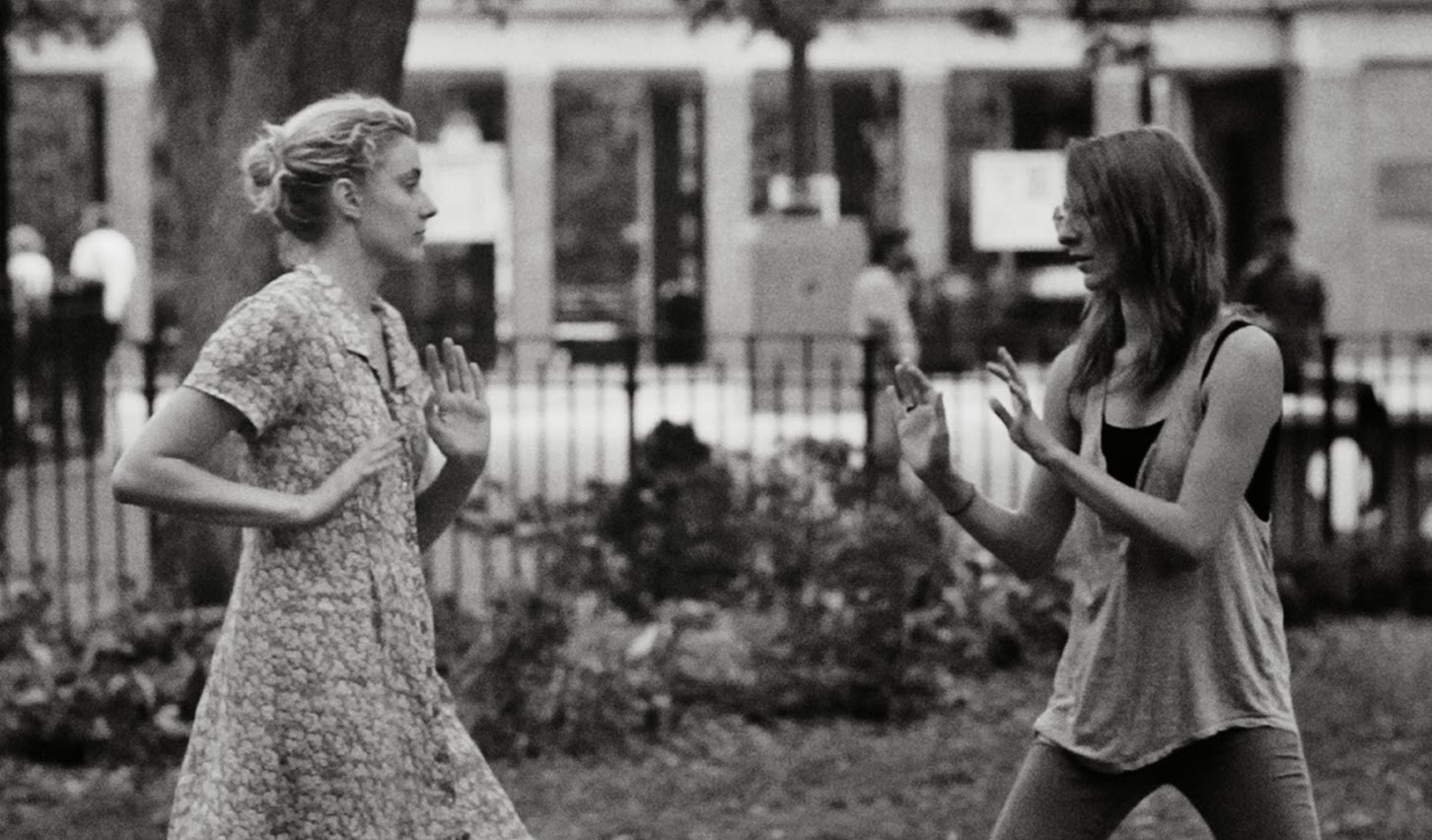 “Frances Ha”
directed by Noah Baumbach
Noah Baumbach is usually hit-or-miss with audiences, but I’ve found few people who can find anything in “Frances Ha” to complain about. Co-written with star Greta Gerwig, “Frances Ha” is a delightful and down-to-earth portrayal of my generation—be it the aimless facet, the privileged part or the hard-working many.
15 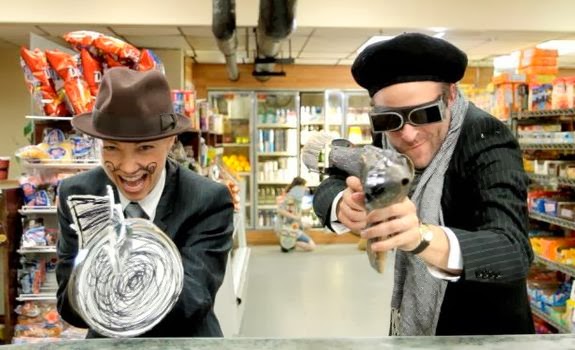 “The Exquisite Corpse Project
directed by Ben Popik
No film blurs the genre lines better than “The Exquisite Corpse Project,” a standout from an already exceptional 2013 Atlanta Film Festival. A self-professed comedy/drama/documentary/thriller/action movie/buddy picture/heist flick—which is completely accurate—”The Exquisite Corpse Project” follows Ben Popik as he gathers five friends and former members of comedy troupe Olde English and coaxes them into writing 15 pages each of the same movie—with each writer only having read the previous five pages of the script. The results of the project are a mixed bag, but the film surrounding the film is one of the most hilarious, unique things I’ve ever seen.
Atlanta Film Festival
14 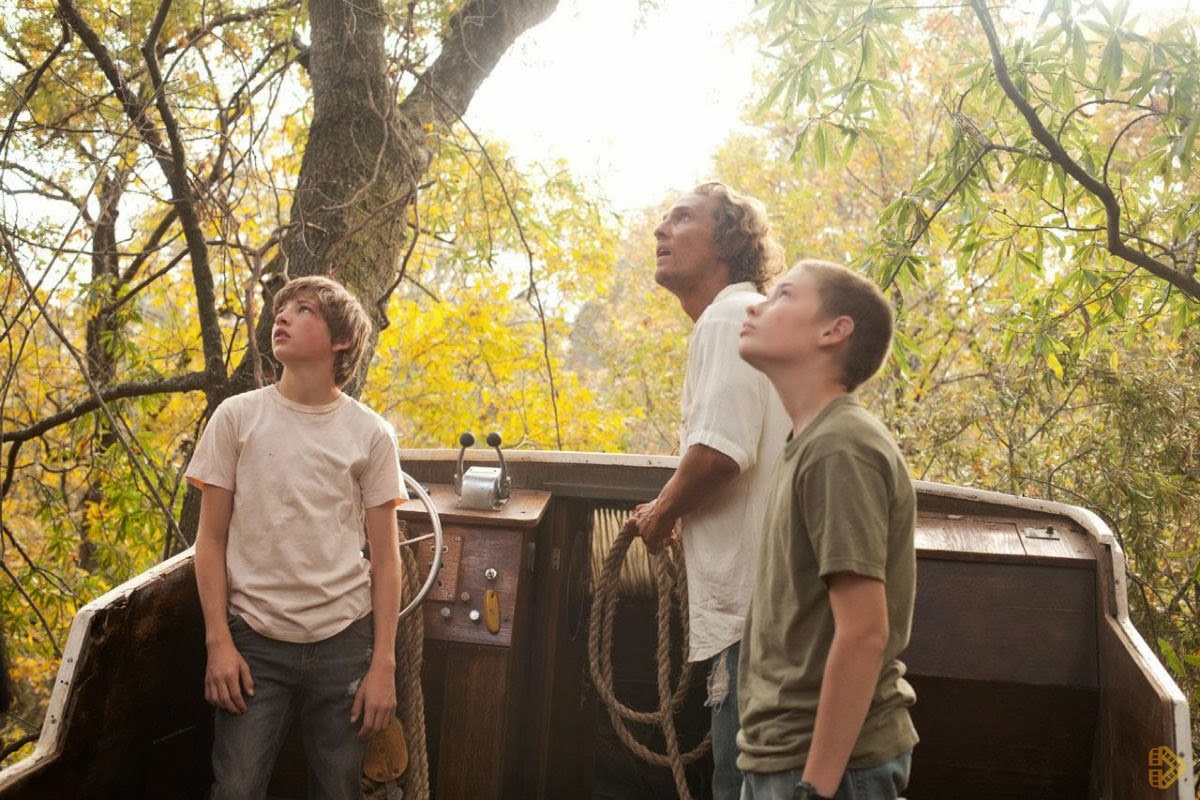 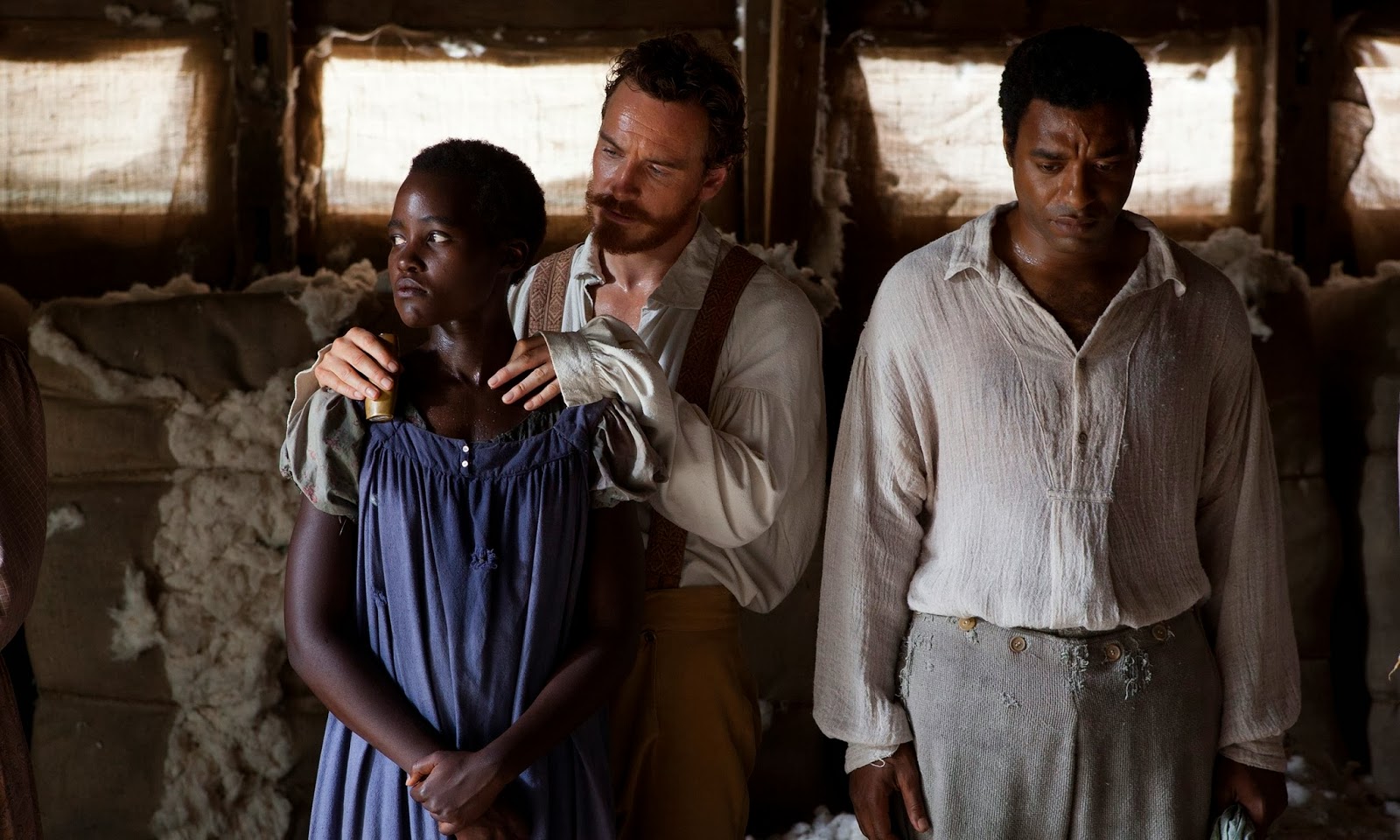 A landmark film for its brutal but historically accurate portrayal of pre-Civil War America, Steve McQueen’s “12 Years a Slave” is as focused and personal as the director’s previous work while carrying even more weight. An incredible cast full of career-bests is top-lined by Chiwetel Ejiofor, Michael Fassbender and newcomer Lupita Nyong’o. 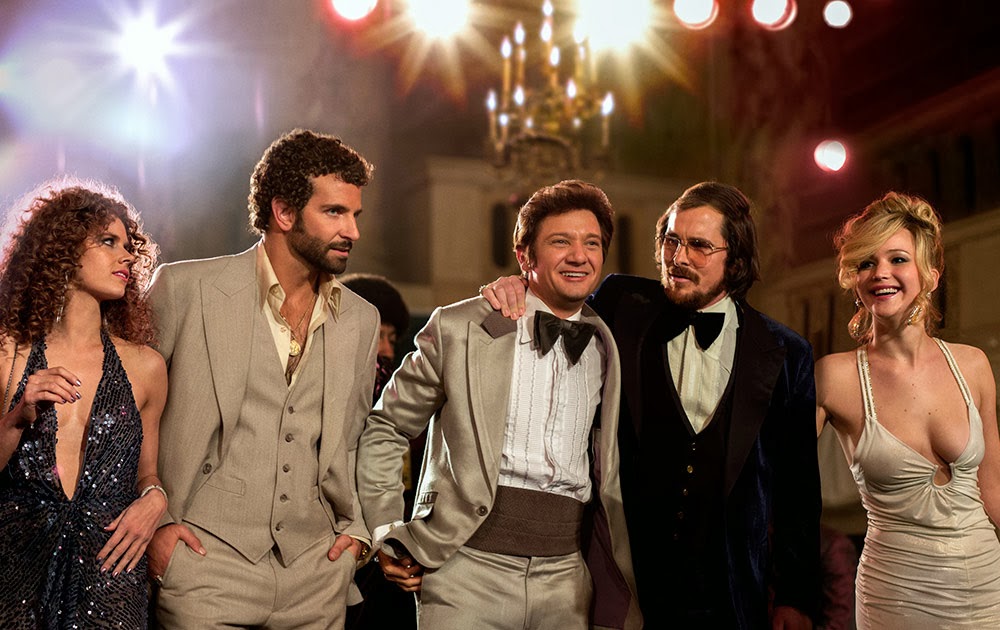 You know how much I loved “Silver Linings Playbook” last year. The momentum David O. Russell has built and maintained over the last several years is incredible. The screenplay of “American Hustle” doesn’t reach the same heights that “Playbook” did, but one of the finest ensemble casts ever makes up for any loose ends. 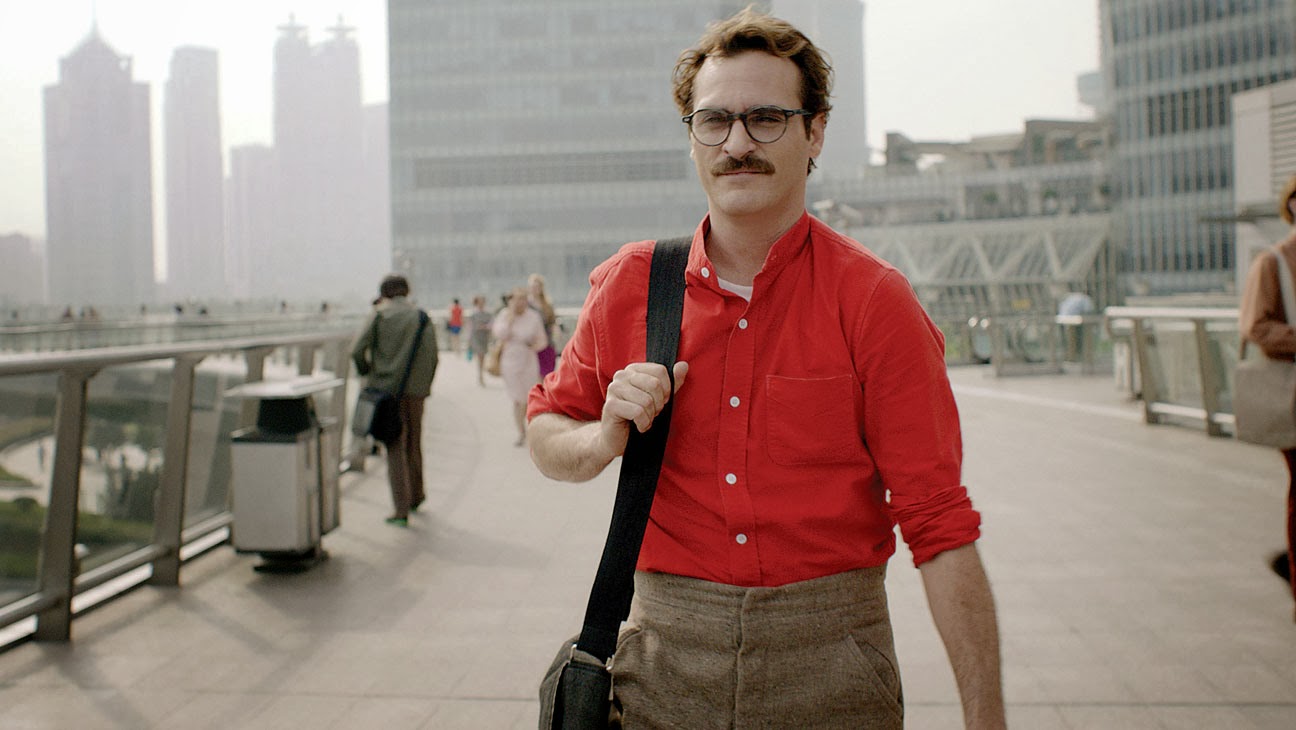 “Her”
directed by Spike Jonze

Spike Jonze’s creativity and matching execution make “Her” a film that no other filmmaker could’ve made the same way. Joaquin Phoenix being one of his generation’s finest actors certainly doesn’t hurt. 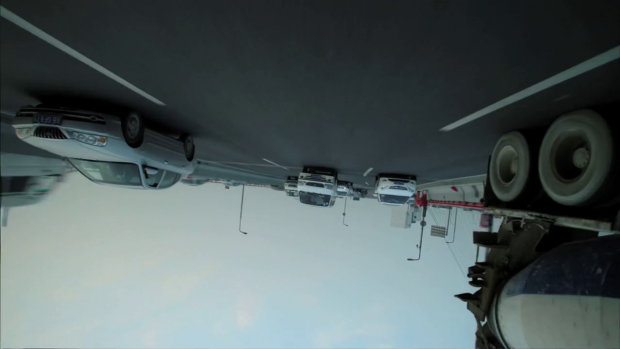 The highest a documentary has made it on one of my year-end lists, “¡Vivan las Antipodas!” is a geographic film wonder. Stunning contrasts between four sets of antipodes (diametrically opposing points on the earth’s surface) are highlighted by some of the year’s most beautiful and smoothly choreographed cinematography. Watch a camera turn upside down while moving along a Shanghai freeway and be impressed. 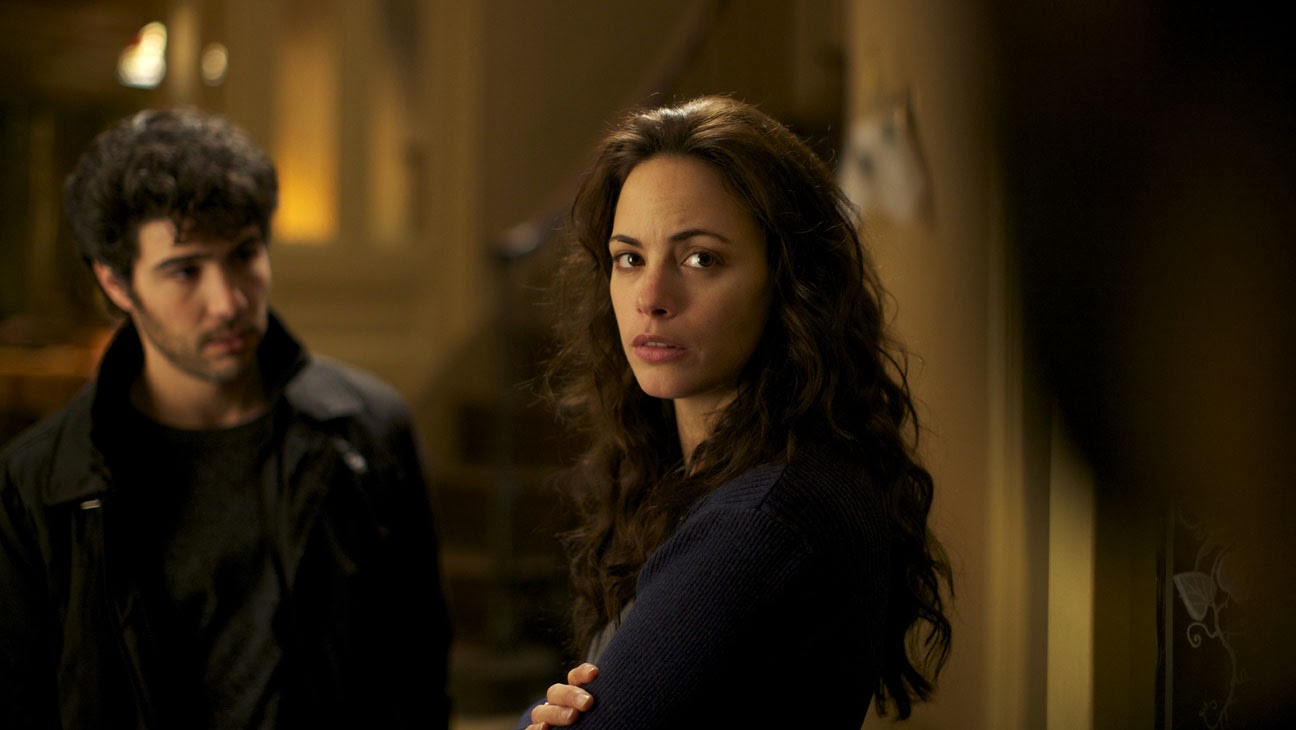 “The Past”
directed by Asghar Farhadi

Asghar Farhadi’s followup to “A Seperation” hasn’t been as universally well-received, but this highlight from the Savannah Film Festival is a tense and involving family drama with a completely unhinged performance from Bérénice Béjo. Co-stars Tahar Rahim, Ali Mosaffa and Pauline Burlet all offer up strong turns. 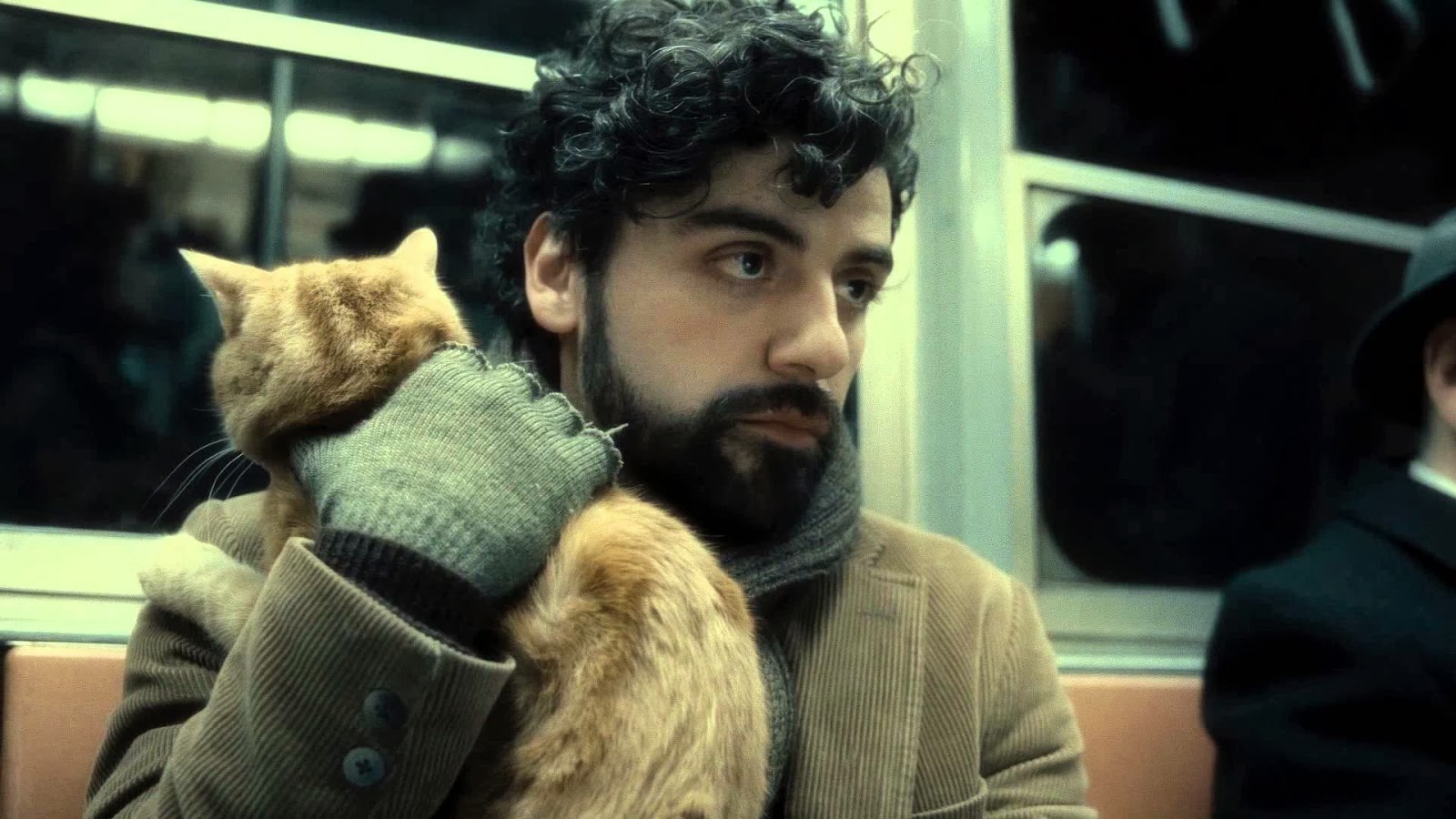 For my money, the Coen Brothers’ output ranks among the most consistently strong of modern American filmmakers. From the carefully chosen and expertly arranged soundtrack by T Bone Burnett and Marcus Mumford to the beautiful, grey-heavy color pallet of Bruno Delbonnel’s photography, I love everything about this film. Though it’s light on plot, “Inside Llewyn Davis” gives us an excellent look at an endless cycle; in this case, it’s that of a struggling folk musician in 1960s Greenwich Village, New York. I’ve watched Oscar Isaac work his way into bigger roles over the years, but never realized how immensely talented he was until he blew us all away here. 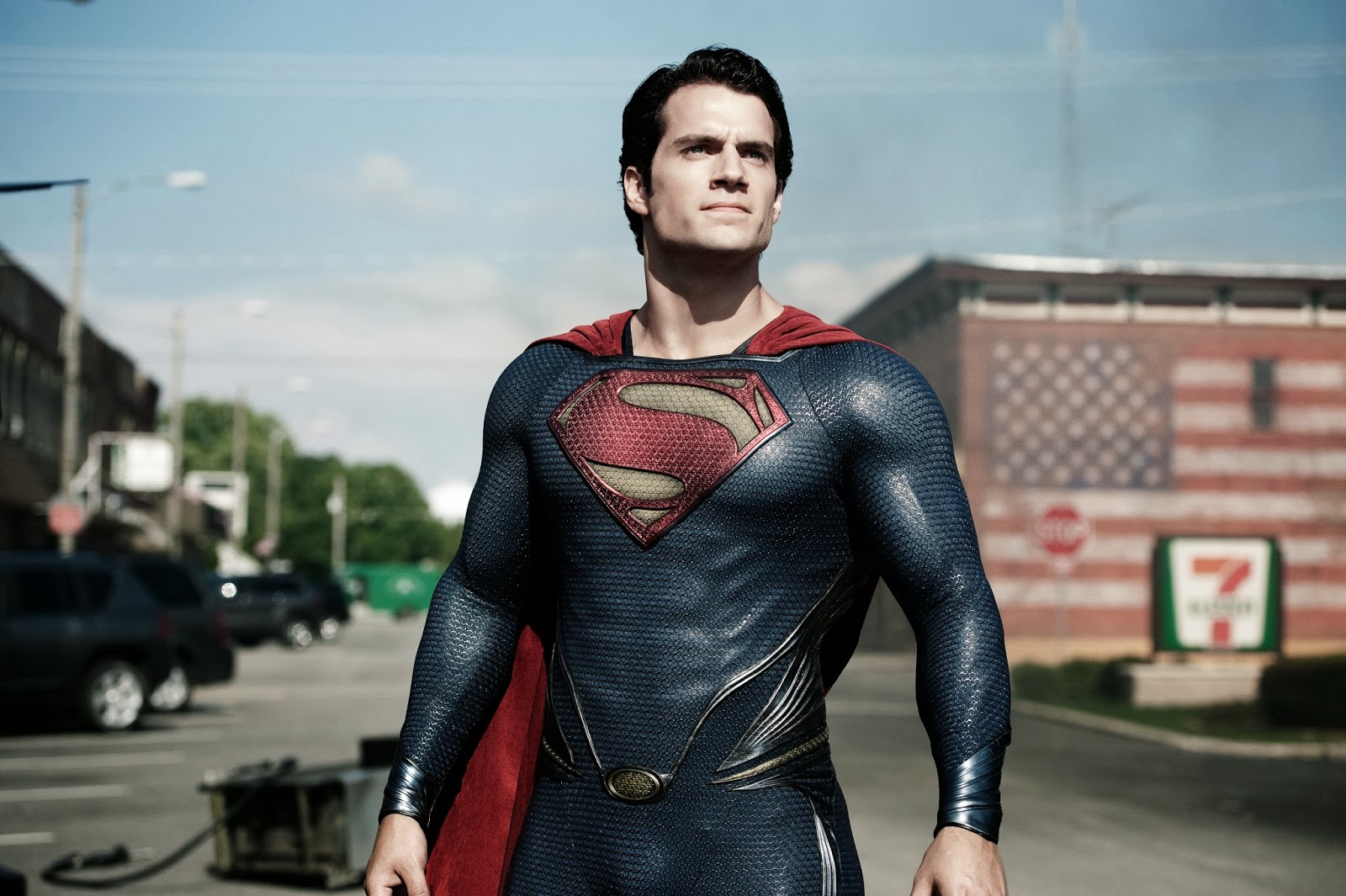 Chalk it up to me being a Superman fanboy all you want, but we can all agree that Zack Snyder’s “Man of Steel” is a particularly artful—and loyal—superhero film. From the bounty of otherworld visuals we see on Krypton, to the stunning cityscape of Metropolis, Snyder and company created an effects masterwork. Henry Cavill is practically perfect as the long-suffering Clark Kent who transforms into the hero we all know and love, but the supporting cast of Amy Adams, Michael Shannon, Diane Lane, Kevin Costner, Laurence Fishburne and Antje Traue gives us even more to talk about. 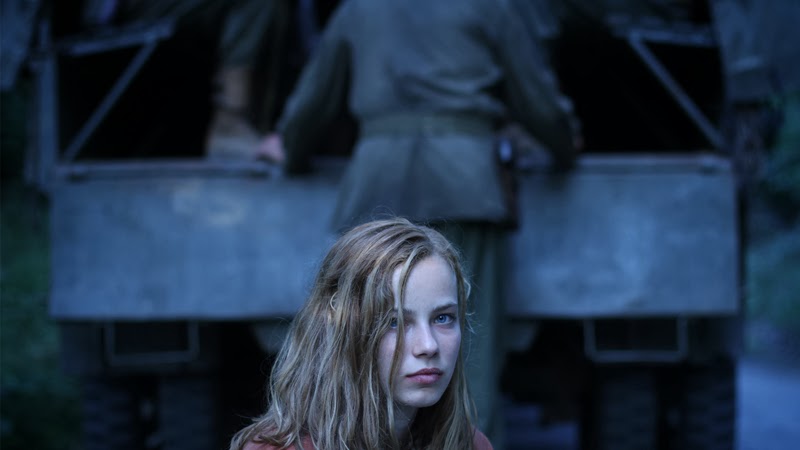 “Lore”
directed by Cate Shortland
A German film from an Australian director, Cate Shortland’s “Lore” follows the title character as she leads her four younger siblings from the Black Forest of Southern Germany to the Northern coast, following her Nazi parents’ implied execution and the fracturing of Germany into pieces occupied by American and Russian forces. Saskia Rosendahl is fascinating to watch, her beautiful face slowly revealing the price of reckoning a force-fed education of propaganda to an opposite—but ultimately more merciful—reality. (Review)
Atlanta Jewish Film Festival
5 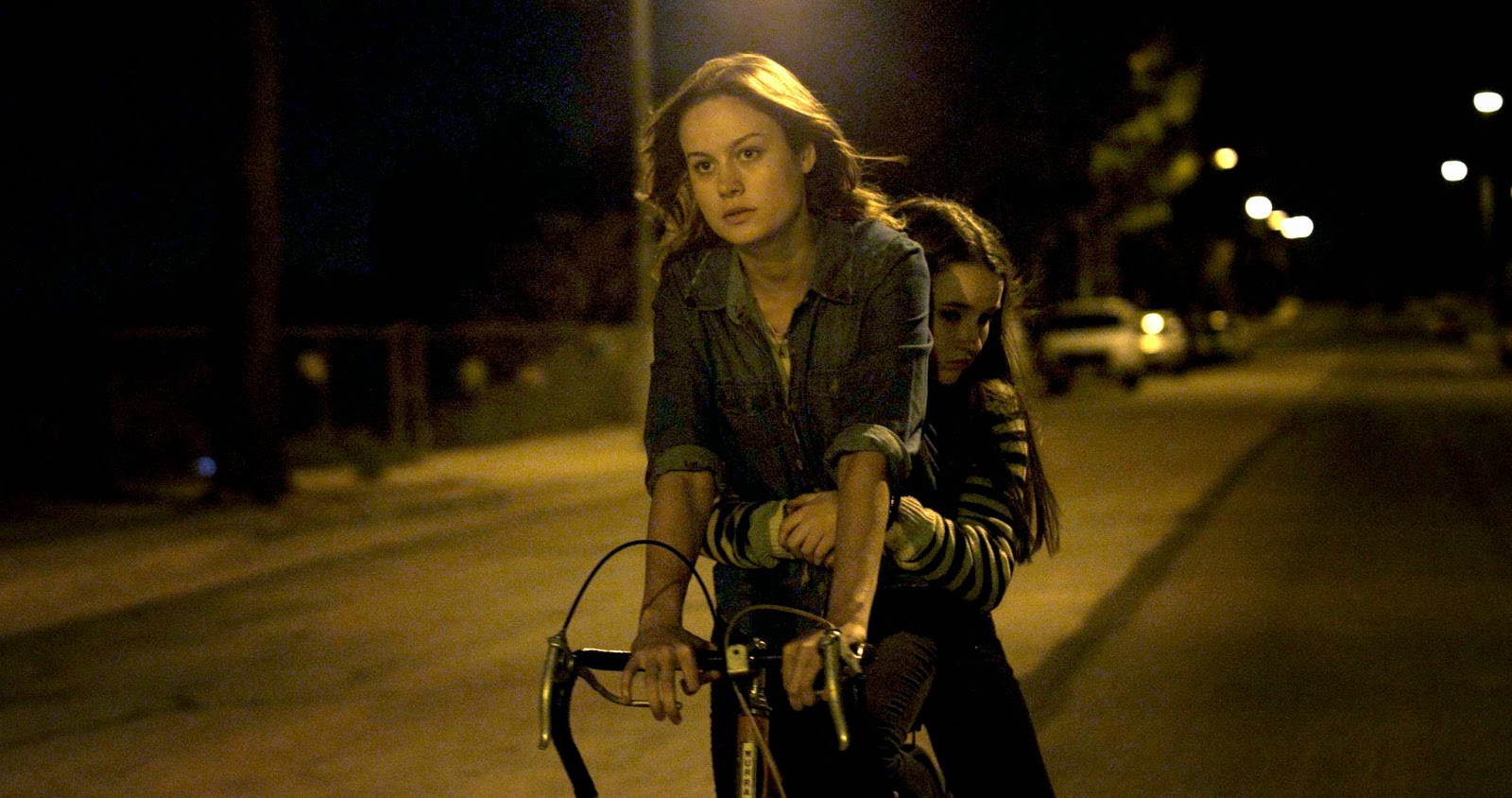 “Short Term 12”
directed by Destin Cretton
One of two tremendous films I saw at the Sidewalk Film Festival in Birmingham last August, Destin Cretton’s “Short Term 12” accomplished the rare feat of winning both critical and audience prizes at SXSW. Brie Larson stars as Grace, a supervisor at a foster care facility, and embeds more emotional and psychological depth into the role than any filmmaker could have even hoped for. Between her performance, a terrific supporting cast and a near perfect—and universally relatable—screenplay, “Short Term 12” is easily one of 2013’s best films. (Review)
Sidewalk Film Festival
4 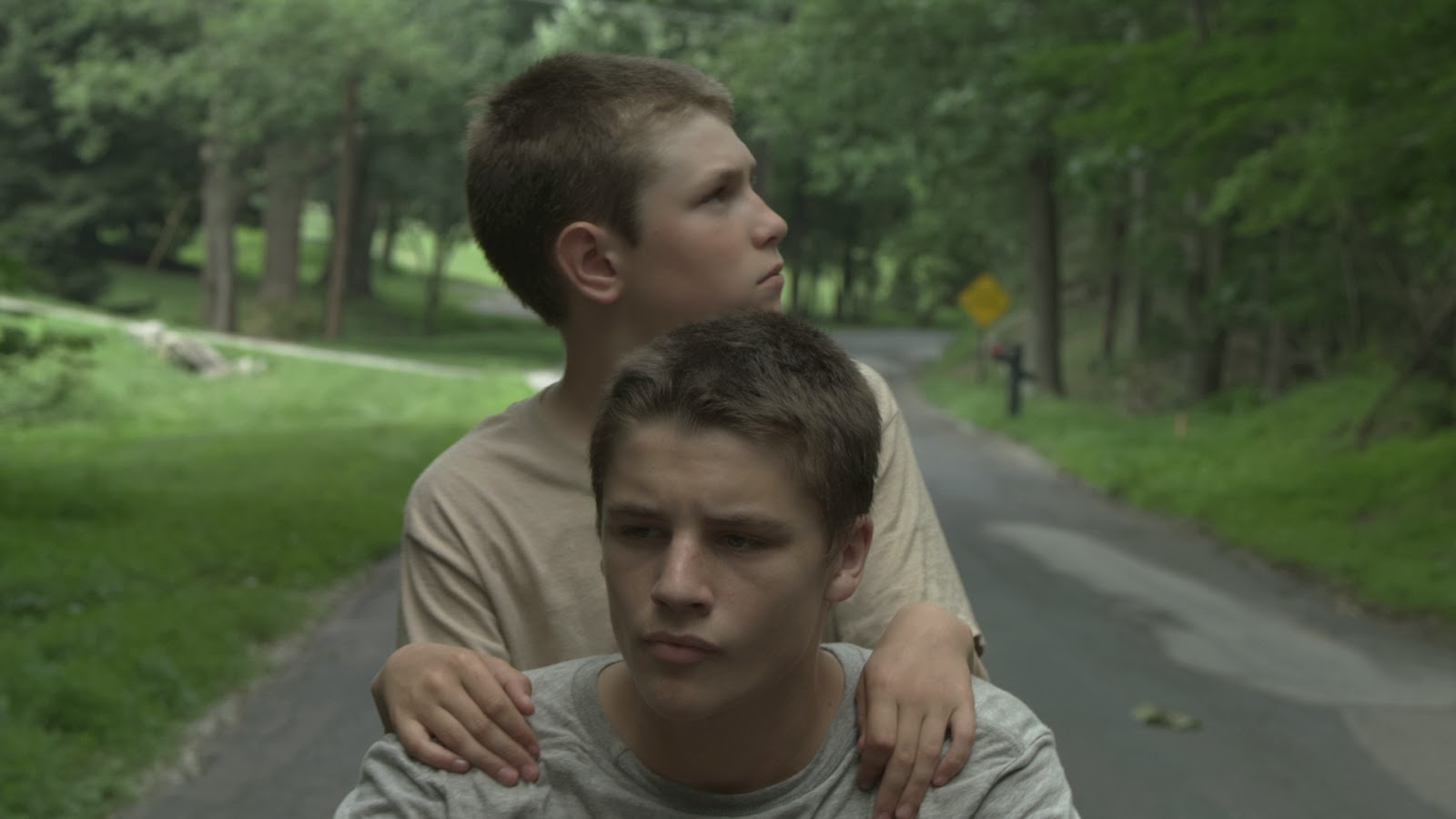 “Hide Your Smiling Faces”
directed by Daniel Patrick Carbone
Another gem from Sidewalk, Daniel Patrick Carbone’s film left me practically speechless when I approached him afterwards. What do you say after you watch a film that takes your breath away—not once, not twice, but three separate times in clearly defined, singular moments at the apex of its story? “Hide Your Smiling Faces” is the best American indie debut since, well, I don’t know what. The deep woods of northwestern New Jersey provide a wild and under-seen setting for the film and young actors Nathan Varnson and Ryan Jones are impossibly captivating as brothers dealing with the untimely death of a playmate and the violent consequences within the bereaving community. Carbone is one of my breakouts from 2013 and his feature debut is now one of my all-time favorite films. (Review)
Sidewalk Film Festival
3 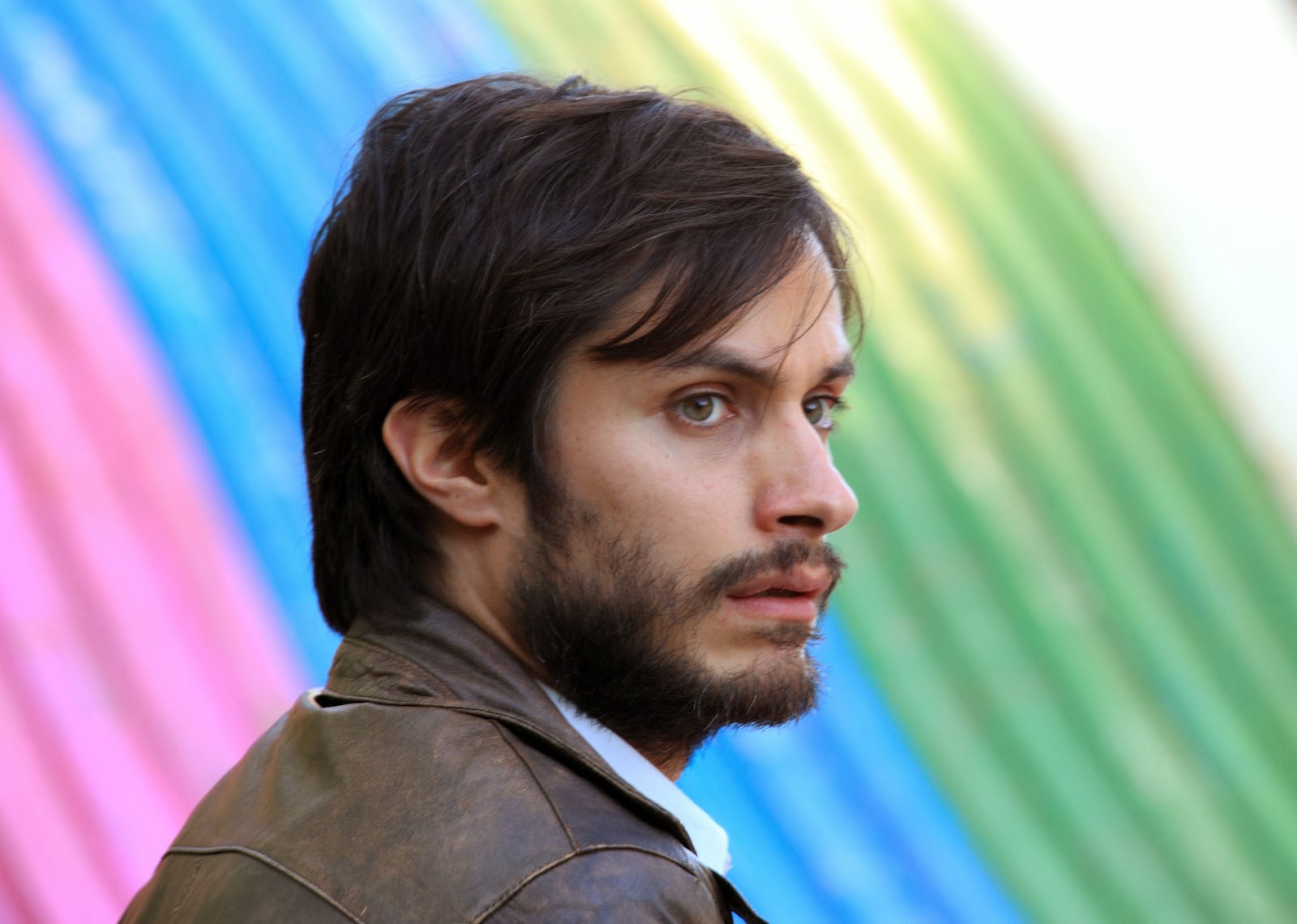 “No”
directed by Pablo Larraín

After 15 years in power, Chilean dictator Augosto Pinochet caved into great international pressure and allowed the Chilean people to vote on whether or not to keep him in office. “No” focuses on the ad campaign the opposition used to vote Pinochet out and the uphill battle they faced—from limited resources, governmental hostility and citizens too frightened to voice their agreement. Gael Garcia Bernal stars as René Saavedra—the lead ad man—and is just as good as he is in everything (someday, you’ll get your dues, my friend). Shot entirely on cameras and film that would have been used in 1988, “No” overflows with both authenticity and creativity, but casually enough that you feel as though you are just watching real events. An Oscar-nominated foreign language film from last year’s ceremony, Pablo Larraín’s “No” wasn’t released theatrically until Spring 2013. 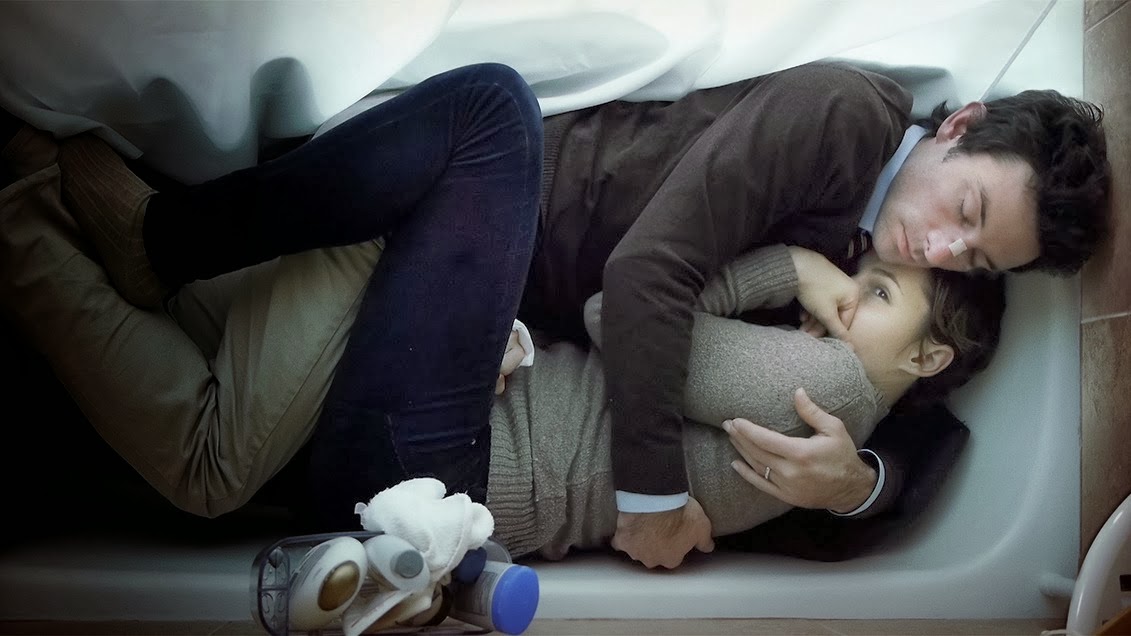 Anyone who has seen Shane Carruth’s “Primer” knows that the man has a beautiful mind. Another practically one-man show, “Upstream Color” is his long-awaited followup that sees Carruth serve as director, producer, writer, actor, editor and composer. This film is complicated, strange and subtle, but also achingly beautiful, smart and rich. Not everyone is going to love it—as with many films where the artistry is more center-stage than a linear narrative (see “The Tree of Life”)—but surely everyone can appreciate Carruth’s care and execution in all fields. Amy Seimetz gives a next level performance and I can’t wait to see her career take off. 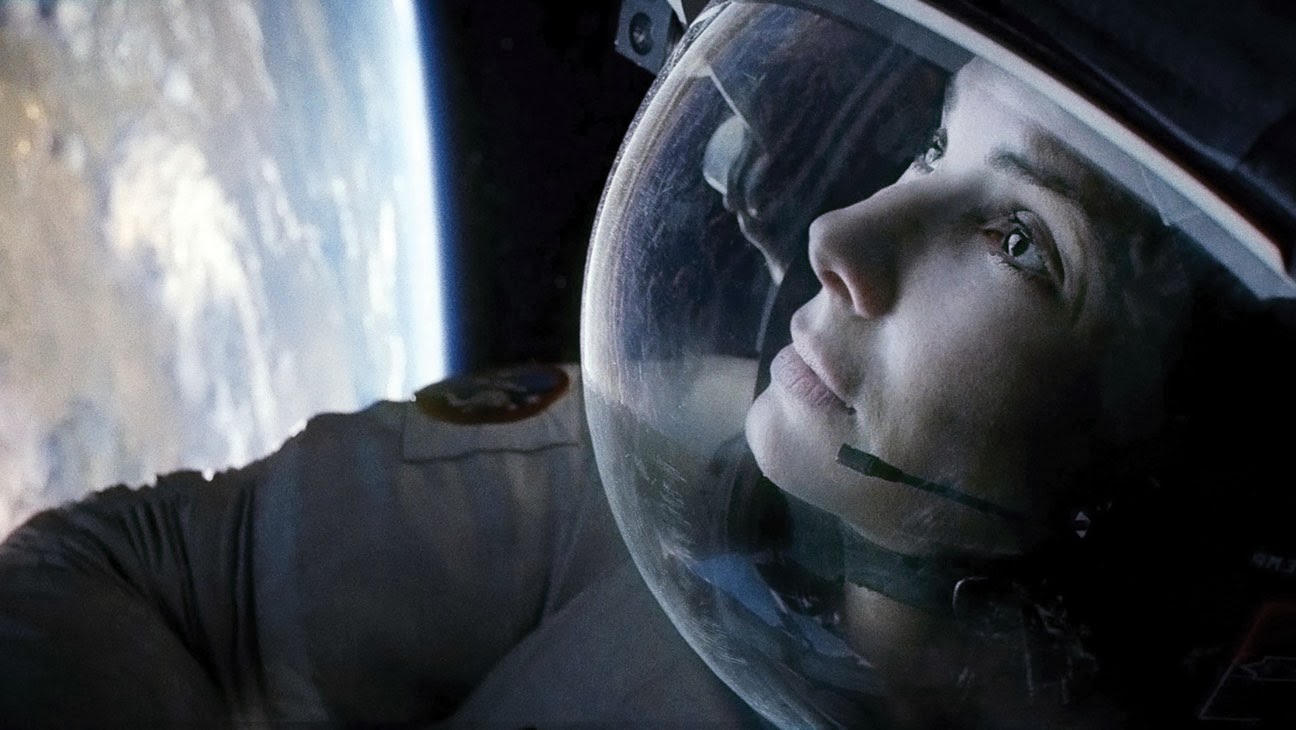 I have so much to say about “Gravity,” but I don’t feel the need to say too much. I’ve looked forward to this film since Cuarón first announced his plans years ago (back when Angelina Jolie was attached to star). As the project evolved and more people I admire became involved (Emmanuel Lubezki, Sandra Bullock, George Clooney), the wait nearly became unbearable. For it to not only live up to that kind of hype—but surpass it—“Gravity” is one for the ages. In terms of craft, it is Maestro Cuarón and Maestro Lubezki at their most daring and most accomplished. “Gravity” contributes more to the history of cinema than many people realize, although it will definitely become more apparent in the years to come.