Trending
You are at:Home»News»The Goods: 13 Should-Be Oscar Contenders from 2014 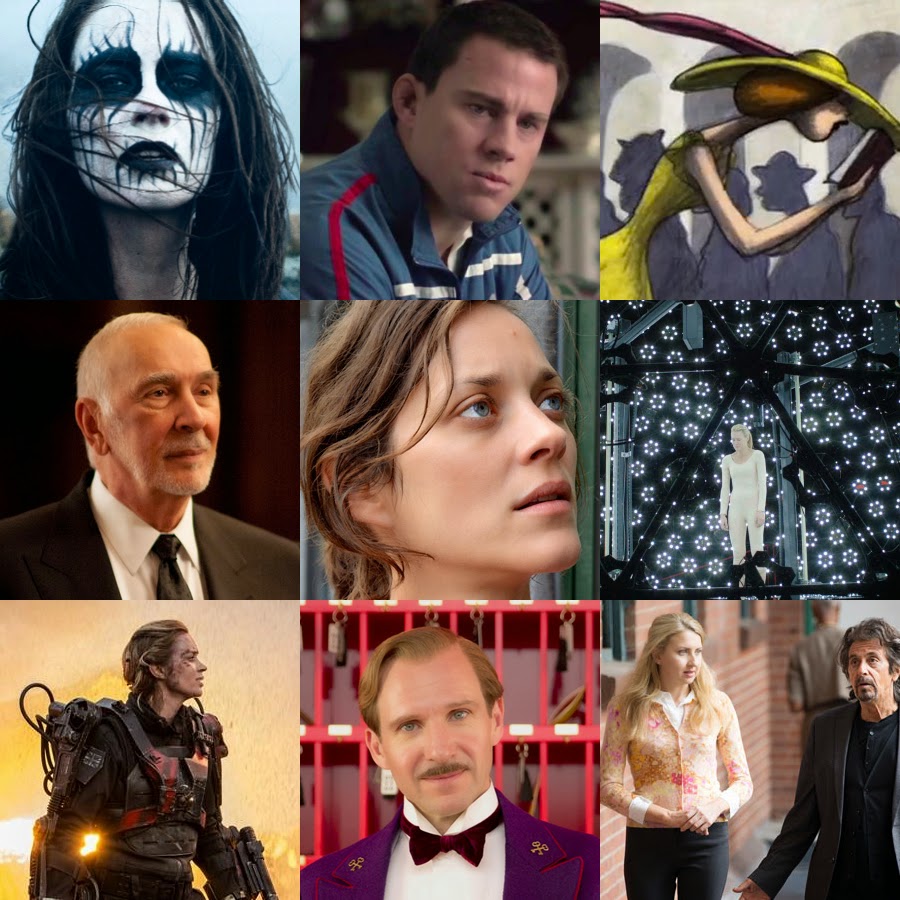 Enough about the middle-of-the-road “The Imitation Game.” We should focus on the best and most deserving films and not just the films that best fit into the Oscar cannon. Some of these 13 films, actors and actresses are already being mentioned—just not enough as they should be. For instance, Bill Plympton’s animated feature “Cheatin'” has made the shortlist for a nomination, but can it overcome big studio films like “Big Hero 6” and “How to Train Your Dragon 2” to get one of the five slots? It very well should. Wes Anderson’s “The Grand Budapest Hotel” might get some craft category nods, but why isn’t anyone talking about just how great Ralph Fiennes is?!
We have compiled a baker’s dozen of should-be contenders this awards season. Who do you think should be in the conversation? Check out our list and leave a comment with yours! 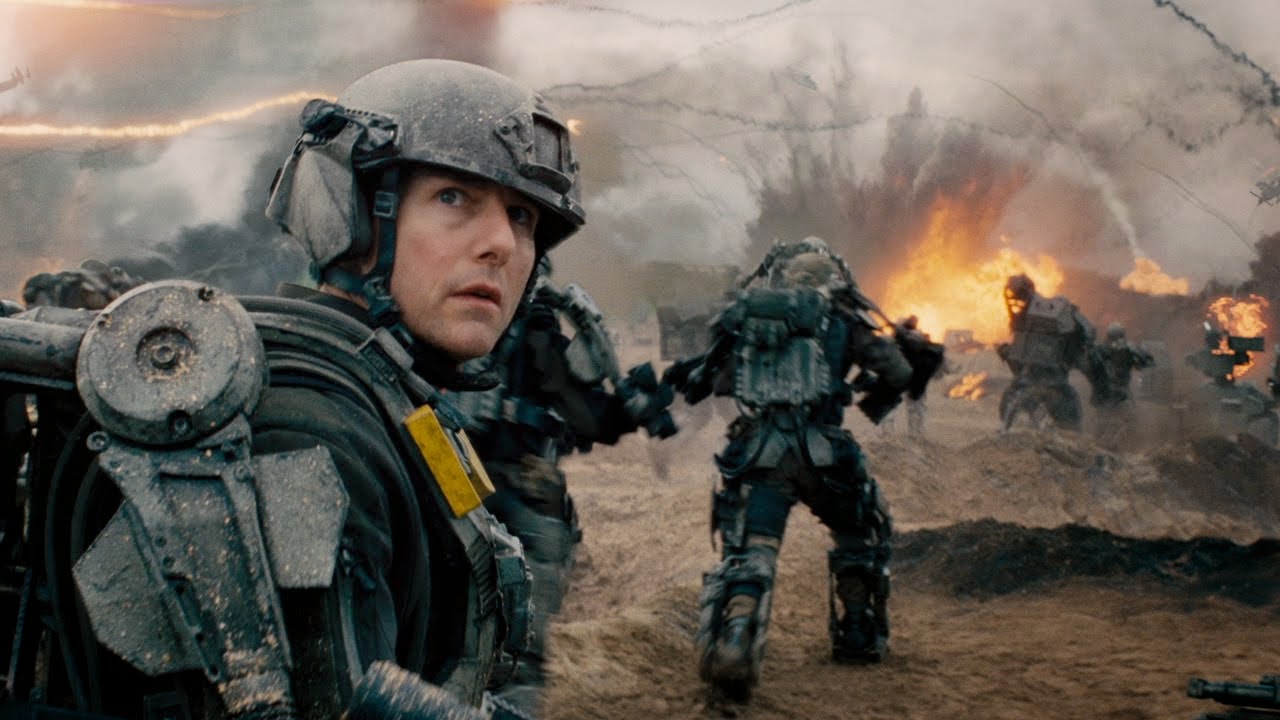 Although it crossed $100 Million at the domestic box office, this movie went so relatively unnoticed that they even changed the title for the DVD release to “Live Die Repeat: Edge of Tomorrow” (the original title of “All You Need is Kill” would have been so much better). Still one of the best cinema experiences I’ve had all year, “Edge of Tomorrow” rises above its appropriate but derivative name and delivers some of the most thrilling sequences, effective editing, solid special effects and exceptional performances of the year (more on that later). I know the aliens didn’t work for everyone, but for me they were equal parts terrifying and alluring. Top notch sound design and careful editing would make this film a contender for all tech categories on my ballot. 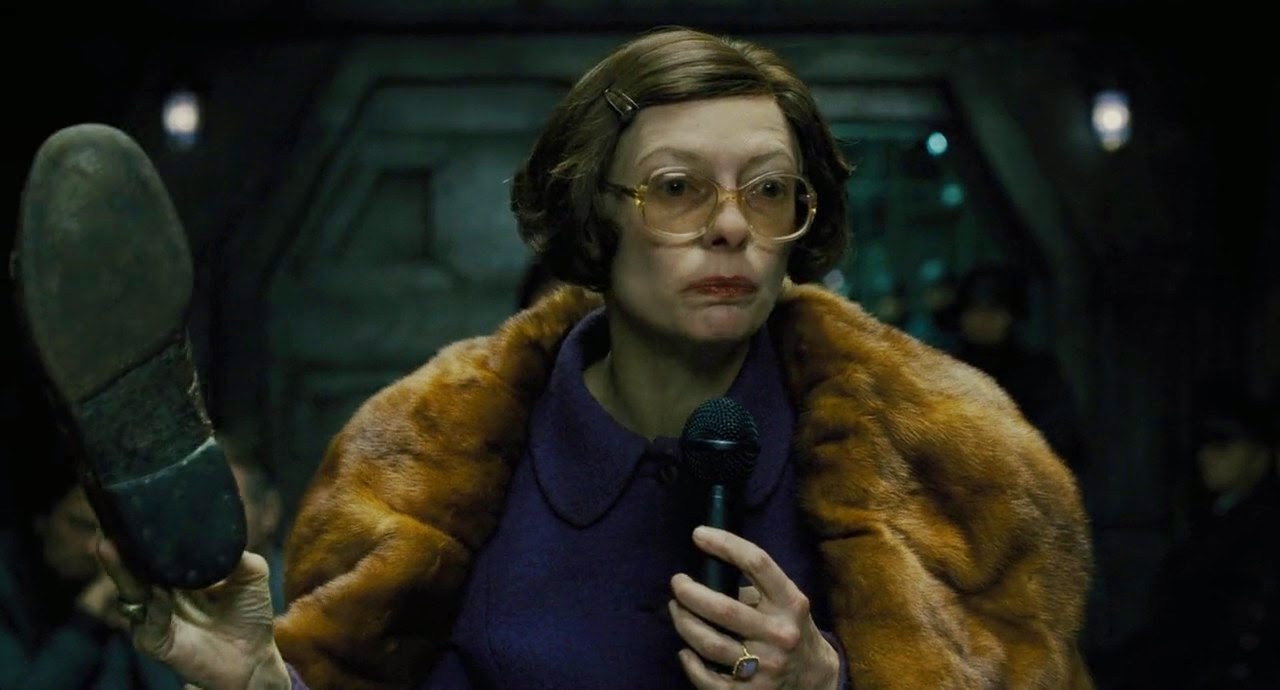 I’ve stated a million times already that I’m still sore over Tilda Swinton’s “Michael Clayton” performance beating out Cate Blanchett’s “I’m Not There” performance for the 2008 Best Supporting Actress Oscar. But after Swinton was snubbed for her incredible performance in “We Need to Talk About Kevin,” my fandom was solidified. “Snowpiercer” was great fun and Swinton was best-in-show. She should easily be in the conversation this year.
11. “Metalhead”
Best Foreign Language Film 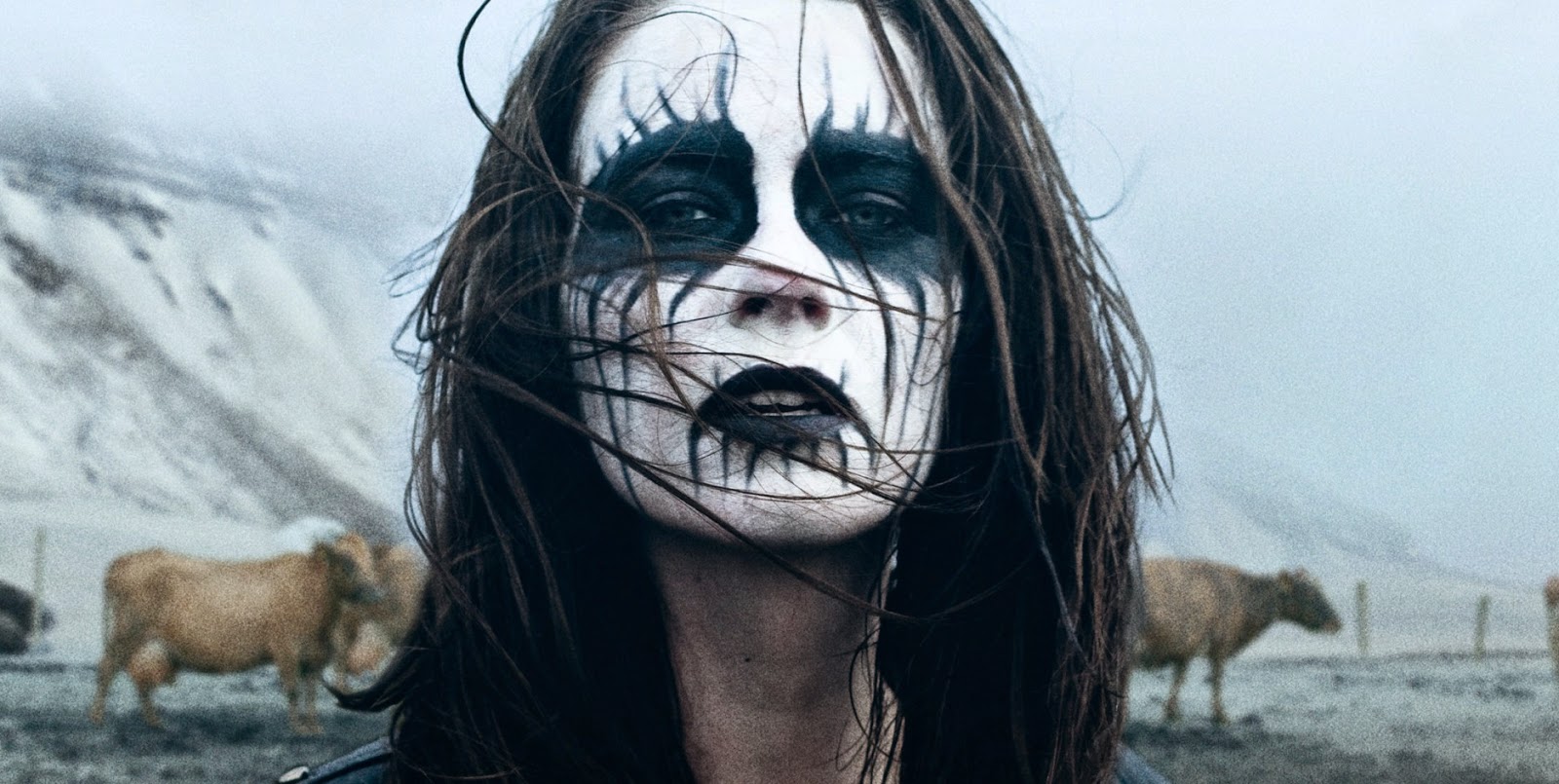 I realize that “Metalhead” isn’t the film that Iceland chose to submit to the Academy for Foreign Language Film consideration. However, this film could not have been set or filmed anywhere but Iceland and despite what you might see from stills or think of when you think about black metal music, this film would easily win over any audience. Director Ragnar Bragason travelled the globe with “Metalhead,” including stops at the Toronto and Atlanta Film Festivals. It won several awards in Iceland and I’m sure was a contender for the official submission designation.
10. RALPH FIENNES, “The Grand Budapest Hotel”
Best Actor 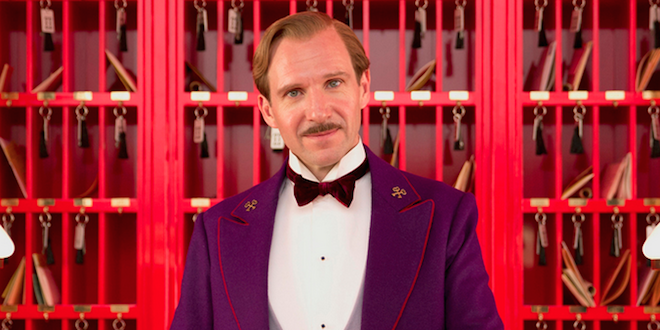 Wes Anderson’s latest is probably going to pop up on that Tuesday morning in January when nominations are announced. Production Design is a good bet. As is Costume Design. Screenplay consideration, maybe. But Ralph Fiennes is masterful. Yes, this was released early, but why aren’t we talking about him? He isn’t one of Anderson’s typical archetypes either. Fiennes leads an impressive pack in what is one of Anderson’s most simultaneously active yet somber films to date—and probably his best.
9. “The Congress”
Best Picture, Best Actress, Best Animated Feature 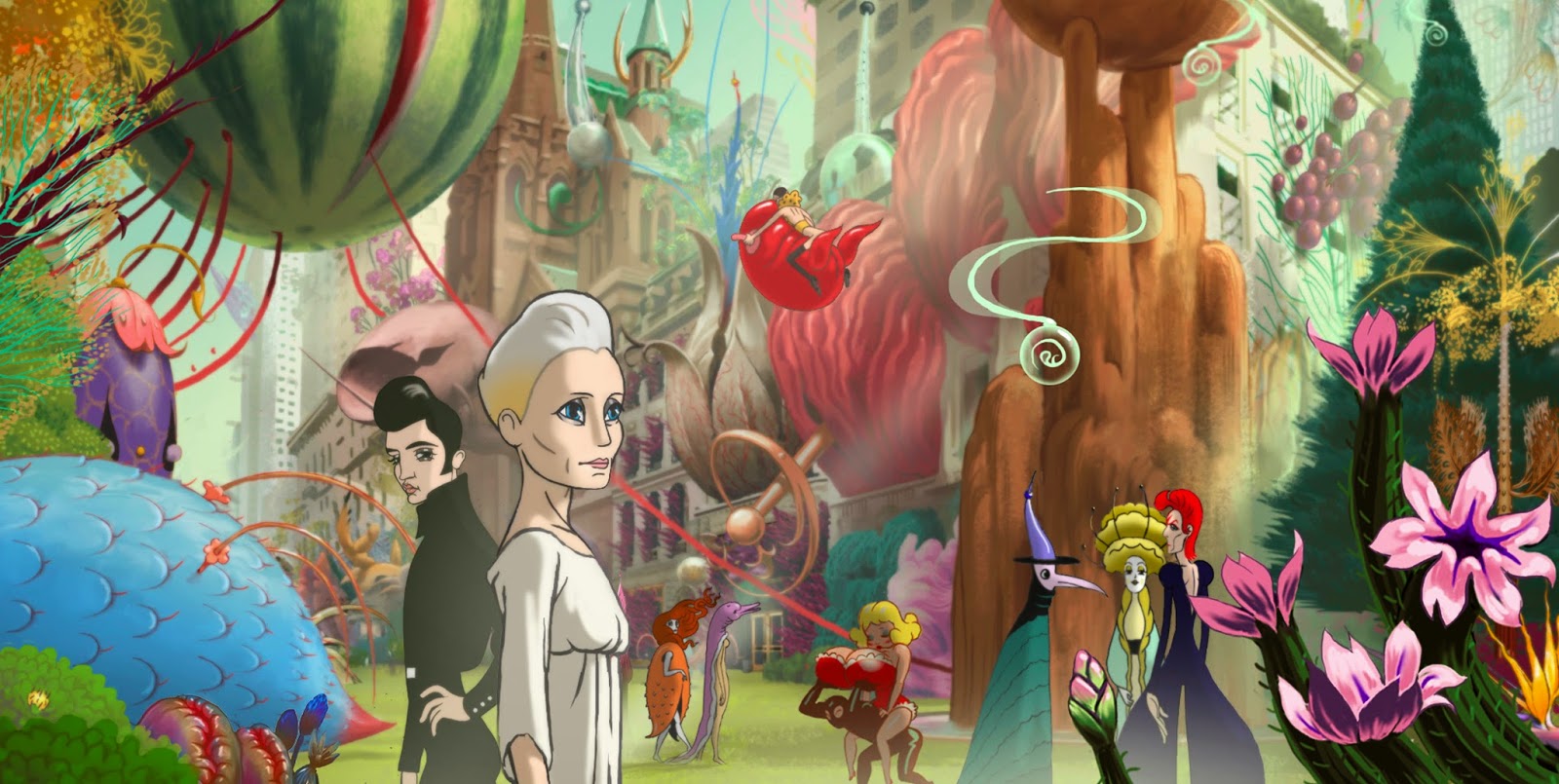 Like “Metalhead,” this film also comes with an asterisk. “The Congress” was picked up for distribution by Drafthouse, which is a pretty safe barometer for quality in my book—or at the very least, edginess. Ari Folman’s followup to the masterwork “Waltz with Bashir” is half animated, half live action. Robin Wright is the best we’ve ever seen her and while the film might or might not qualify for Best Animated Feature (I’m not sure about what percentage of the film has to be fully animated, and it wasn’t submitted regardless), it needs to be talked about. I’ve seen the film twice. Once on my own via my laptop while I was screening it as a potential film for the Atlanta Film Festival, and once in a packed house during the festival. It plays very differently with an audience—it is campier and funnier, but equally as moving. It is a polarizing film, no doubt, but one that needs to be given an opportunity before any opinion is formed.
8. EMILY BLUNT, “Edge of Tomorrow”
Best Actress 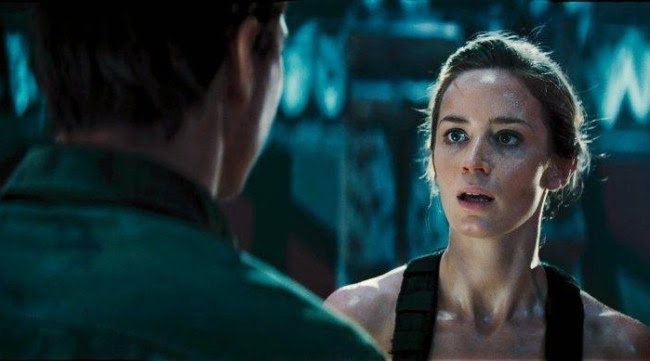 Back to “Edge of Tomorrow”—Emily Blunt has proven time-and-time again that she is worthy of awards consideration. This isn’t even her first powerful performance in a sci-fi film. She earned a Georgia Film Critics Association nod (and several other critics groups mentions) for her work in “Looper.” Tom Cruise also puts forth some of his best work ever, which is heightened by the rarity of us being able to see him portray a cowardly, weak character.
7. FRANK LANGELLA, “5 to 7”
Best Supporting Actor 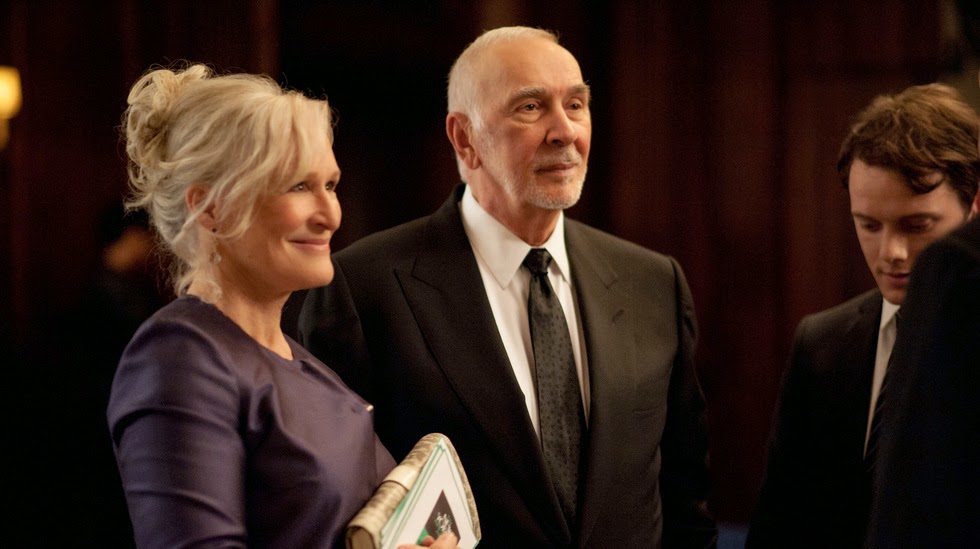 As I mentioned in my review of the Savannah Film Festival’s opening film “5 to 7,” the film is only worth talking about in terms of its cast—the pinnacle being Frank Langella. Such a well-respected actor for such a long time, Langella is in the enviable position where even a small turn like this could garner enough momentum for a second Oscar nomination. It would be well-deserved, as he kills every frame he appears in during “5 to 7,” but this won’t be the film to carry him there. Still—Langella’s limited screentime here makes for one of my favorite performances of the year.
6. “The Double”
Best Production Design, Best Score 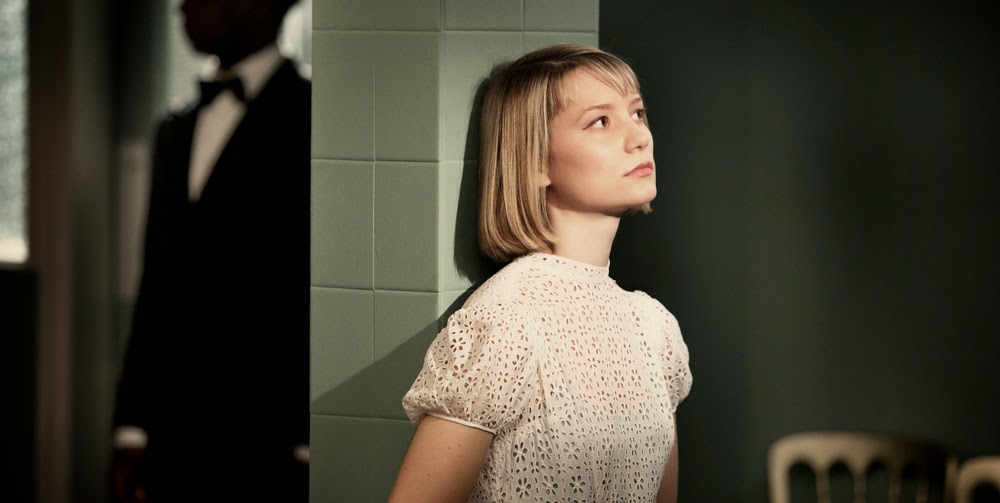 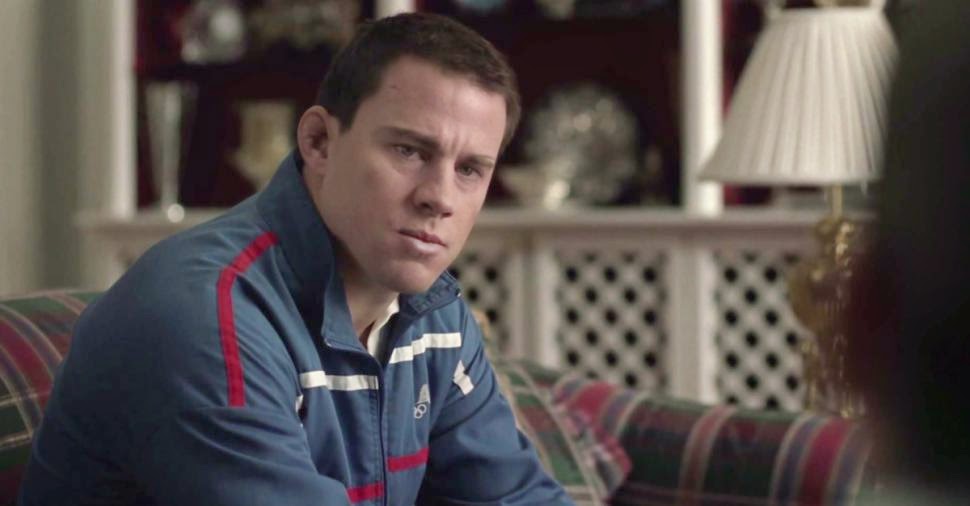 Bennett Miller’s fourth feature, “Foxcatcher,” is a chilly film. It is going to leave a lot of Academy voters cold and might not get a lot of nominations, despite his track record with “Capote” and “Moneyball.” However, one nod that seems pretty surefire is Steve Carrell for Best Actor. But why not his co-star Channing Tatum for Best Actor? I admit it—I never thought I would lobby for Channing Tatum to get an Oscar nomination. But he is good. Really good. He doesn’t have the prosthetic nose or an affectation in his voice, but just because he still looks like Channing Tatum doesn’t make his performance any less transformative than Carrell’s. Both are fine performances and both are different than how we are used to seeing these two guys, but Tatum is best-in-show.
4. “The Salt of the Earth”
Best Documentary Feature 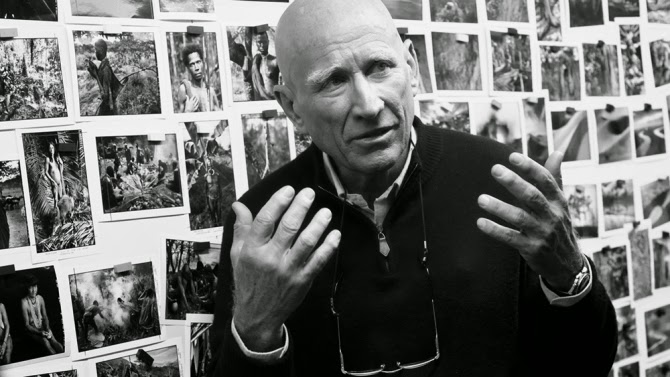 This week’s Indie Spirit nod puts some gas in the tank, but overall, buzz has been less than it should be for Wim Wenders’ and Juliano Ribeiro Salgado’s beautiful documentary “The Salt of the Earth.” Part of the ‘Docs to Watch’ series at this year’s Savannah Film Festival, this film is a stunning look at the life and work of Sebastiao Salgado and is such an immersive experience into his art and photography that I can’t imagine it not making the nominations list for any awards group.
3. NINA ARIANDA, “The Humbling”
Best Supporting Actress 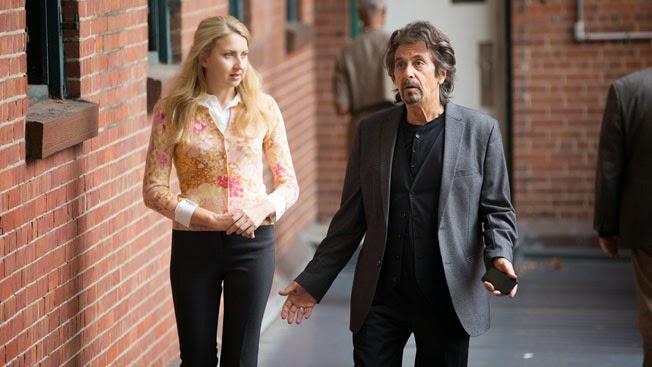 Hailed as Al Pacino’s return to form, “The Humbling” has great moments for Pacino and for his co-star Greta Gerwig. It is certainly the best thing he has done in a long while, but let’s face it—he’s done a lot of terrible movies in the last ten or fifteen years. However, the best thing about the film isn’t Pacino at all—it is one of his character’s fellow rehab patients, played by Nina Arianda. I recognized Arianda as a former flame of Jack Donaghy from a “30 Rock” episode several years back. Why aren’t we talking about her? This movie isn’t amazing, but it is certainly good enough to consider such a hilarious and convincing supporting turn from her. Also, it doesn’t hurt that her character plays a pivotal role in the film’s plot.
2. “Cheatin'”
Best Animated Feature 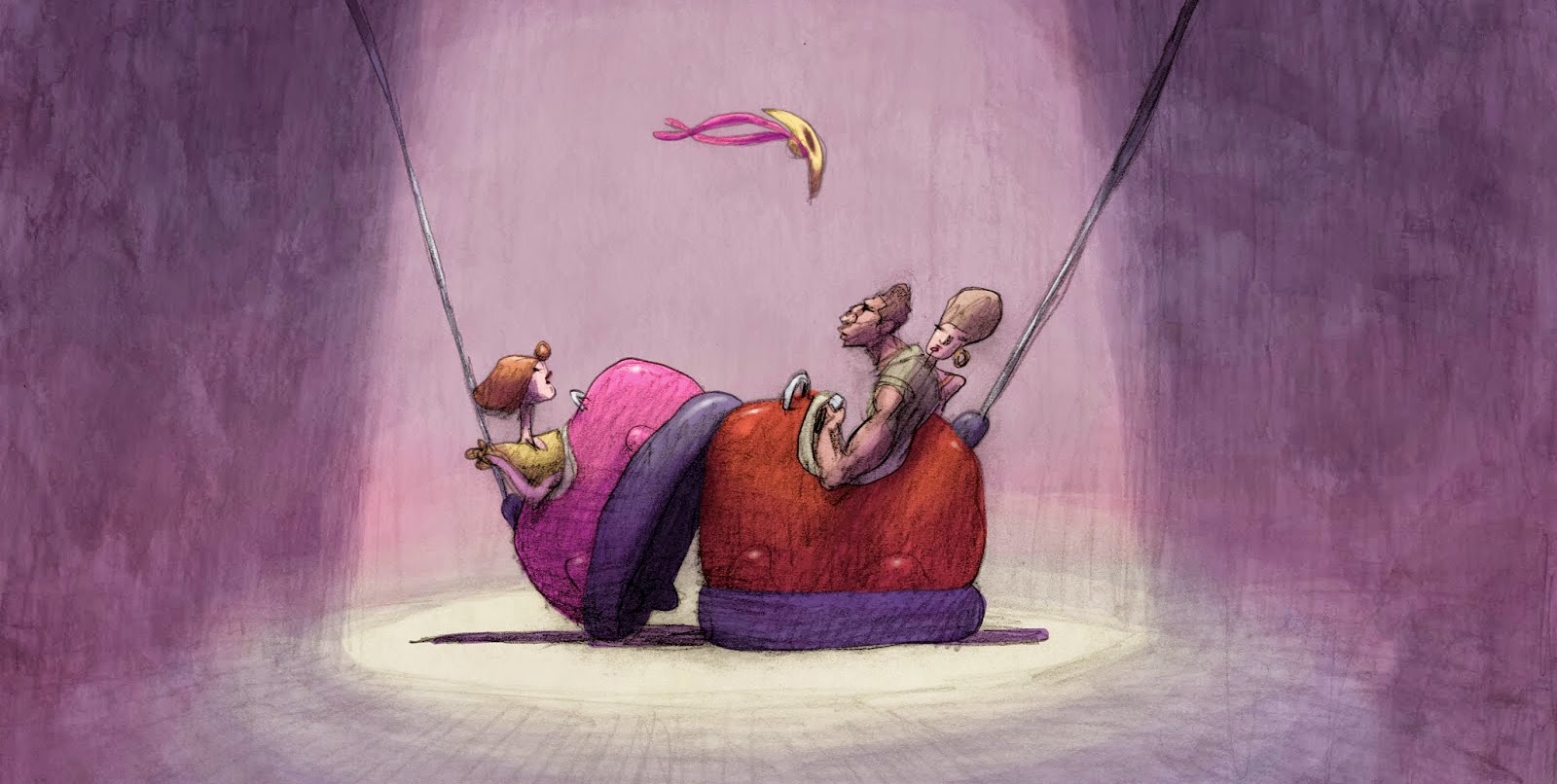 Bill Plympton has two Oscar nominations already for animated short films. This year, he is on the shortlist for both animated feature and animated short, potentially doubling his career nomination tally. “Cheatin'” is unlike any other animated film in the bake-off, I guarantee it. I simply don’t even know what to say. It has to be seen.
1. “Two Days, One Night”
Best Picture, Best Director, Best Actress, Best Original Screenplay 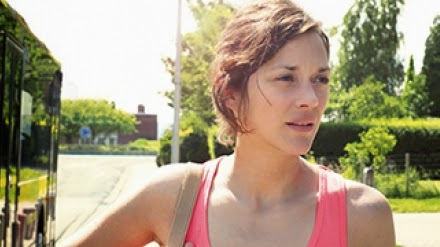 So perhaps it is a bit premature to say that “Two Days, One Night” isn’t in the conversation enough since it won’t hit cinemas in the United States until Christmas. Having been on the festival circuit since Cannes, however, there is definitely an awareness of the film. Marion Cotillard is a force to be reckoned with, but since her Oscar win for “La Vie en Rose,” the Academy has failed to follow-up with a second nomination for her, despite more-than-worthy performances in “Public Enemies,” “Inception” and “Rust & Bone,” to name a few. Don’t count out Cotillard for this film, although if there were justice, she would be a sure thing already. However, my real beef is that the buzz for “Two Days, One Night” is only regarding Cotillard. The film should easily be in consideration for Best Picture, Best Director and Best Original Screenplay in addition to her work. The minimal, naturalistic style of the Dardenne brothers may seem like casual filmmaking, but they are meticulous and passionate filmmakers who dot every I and cross every T. It is easy to read about their style, but you truly understand it once you see this film.
If you aren’t checking out your local film festivals, why not? “Cheatin’,” “The Congress,” “The Double” and “Metalhead” all played the 2014 Atlanta Film Festival. “5 to 7,” “Foxcatcher,” “The Humbling,” “The Salt of the Earth” and “Two Days, One Night” all played the 2014 Savannah Film Festival.
Share. Twitter Facebook Google+ Pinterest LinkedIn Tumblr Email