Trending
You are at:Home»News»A Conversation With Lanre Olabisi, Director of ATLFF World Premiere “Somewhere in the Middle” (****)


I had the good fortune of working with Lanre Olabisi, writer/director/creator of “Somewhere in the Middle,” at this year’s Atlanta Film Festival Writer’s Retreat. With him was his new wife, Tiffany Smile, whom he married on Saturday. Yes, this past Saturday… be sure to ask to see their wedding video. It’s beautiful.

Lanre won the ATLFF Screenplay Competition in 2009 and has returned this year as a mentor for this year’s winners. He’s thoughtful and kind and just as excited to show you his film as you should be to see it. In between workshopping scripts, we had a chance to sit down and talk about his newest feature. 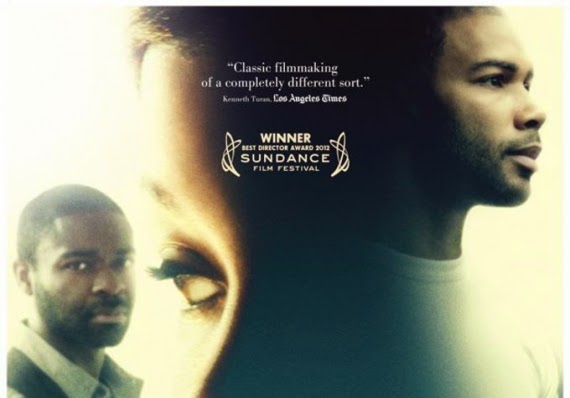 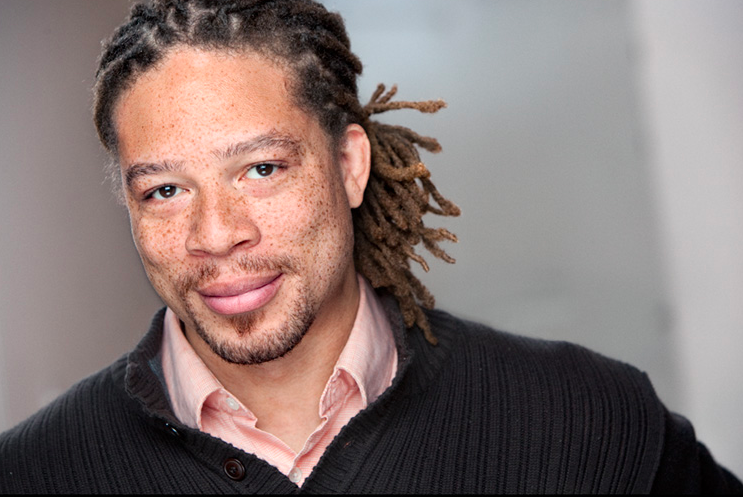 But first, a little backdrop about this film. “Somewhere in the Middle” is a love story, but it’s not at all the kind you’d expect. It’s rich with invention and big characters and surprise. And though it’s about love and what happens to people when they fall in and out of it, it’s also about much more than that. It’s about the space that lives between who you are, who you think you are, and who you want to be. All of these characters see themselves a certain way, but their actions and behaviors and temperaments sometimes prevent them for being the best version of themselves.

At the heart of this story we have Billie (Cassandra Freeman) and Kofi (Charles Miller), a couple struggling to maintain their marriage. After separating, Billie and Kofi find themselves in tempestuous and flirtatious affairs and more uncertain than ever about their future as a couple. Billie is tempted by Alex, a female coworker with whom she stays when she moves out of her apartment. And Kofi starts up a thing with Sofia (Marisol Miranda), an insecure young woman struggling to find stability and comfort. The beauty in “Somewhere in the Middle” lies both in these relationships and in the non-linear way Olabisi tells the story. It’s fantastic.

I had heard that “Somewhere in the Middle” was outlined but unscripted, based mostly on improv, and Lanre clarified: “Well, the film had a script, but it was based off of improvs… We improved for six months and then scripted it for another six months… [but the story idea itself]didn’t come until I sat down and wrote the script. The situations and the characters had already been set up, because for the first six months, I was bringing together a bunch of different actors. I started with a core group of characters and actors, and we started improving a bunch of different situations and scenarios to see where that would lead. And when we did that, we didn’t really have idea of what the story would be whatsoever.”

Because of the unconventional nature with which this film was developed and made, Lanre worked closely with the actors to help create and develop the characters and their relationships with each other; though he did the writing, the process itself was rooted in collaboration: “I started pairing them up and casting some more of the characters. And then the actors met each other and then together we would create the characters and relationships and histories and all that good stuff. We did some more imporvies to see the kinds of relationships these characters would have. We built the characters together and seeing what happens and then afterwards I would debrief with them. When sofia and Kofi first met, that was also the first time they met as actors.”

Despite the collaborative nature of this film, his actors still had some questions. They didn’t know everything about their characters and started asking Lanre about their histories, motivations and actions. And Lanre credits that as his inspiration for shooting the film with varying perspectives. “I knew all the backgrounds; I had all this knowledge that they didn’t have, so they were reacting and acting, you know, in an honest way. That was always the intention of the film.”

This film is shot in a non-linear fashion as well. Says Lanre, “We tried to see it as a linear story, and the second we did that I thought we lost everything.” He went on to say, “The way it was initially structured, in screenplay format, we told all of Sofia’s story, all of Kofi’s story, and then all of Billie’s story. In screenplay format, that worked really well, but then when I put it in film, it was too slow and too long… it was too much time with one character. When we started editing it, that’s how we came up with the the structure. It was literally like a working a puzzle.”

Where did the title come from, you ask?

I can appreciate the way Lanre chose to end this film, and I think the ending enriches and enhances the title itself. Lanre said, “I thought the three shots with all of them alone would work the best even though that wasn’t what I had initially planned.” I agree that it was an effective ending, but as a personal preference, I think I would have enjoyed the film more if I hadn’t seen the last five minutes.

“Somewhere in the Middle” is a film full of big performances worthy of a big screen. Head to The Plaza to see Lanre’s World Premiere of his newest feature at 9pm.