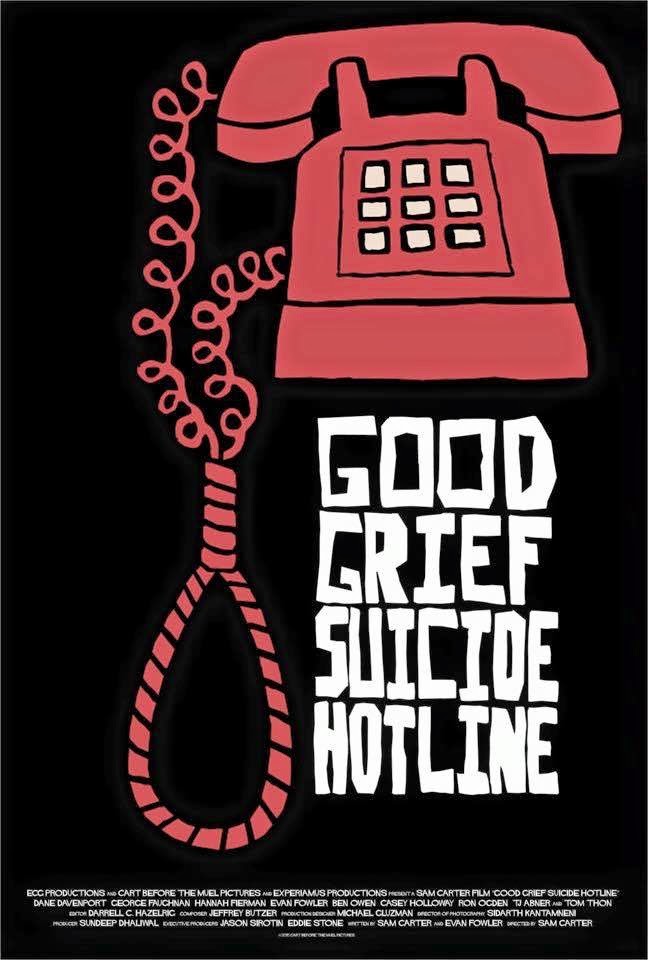 Directed and Co-written by Sam Carter, “Good Grief Suicide Hotline” is a brutally dark comedy that focuses on a group of hustlers, scammers, and scumbags “working” at a Suicide Hotline. The film was shot in Atlanta and includes a handful of local indie talent. Atlanta director Sam Carter and screen writing partner Evan Fowler have gathered a really stellar ensemble cast, filling this raunchy ridiculous comedy with the life it needs.

The film’s nonchalant and unwaveringly detached view of the usually delicate subject matter is a bit jarring at first. The plot is set in motion after our lead character, Mark (Dane Davenport) feels guilty after being somewhat involved in the suicide of another young man. Davenport has an innocence and a heart that give the film some much needed warmth. Despicable characters run rampant throughout, but somehow the script and the performances allow them to be somewhat likable. The cast of colorful characters and their back-and-forth constantly make for an enjoyable and unpredictable time. The film’s ridiculousness and kooky tone make the characters forgivable and the suicide jokes palatable.

The film can be a tad cruel to its hopelessly sweet main character, but it’s hard to count points off for that because of how fun it is to watch. Some of the characters do sometimes come off a tad caricaturey, which can take away from the more grounded bits. The film is a consistently funny and equally strange dark comedy with more than a few memorable characters. Sam Carter manages to balance dark subject matter with wacky humor making “Good Grief Suicide Hotline” a surprising and energetic little gem.

“Good Grief Suicide Hotline” plays its World Premiere at the Atlanta Film Festival on Monday, March 23rd at 9:30pm at The Plaza Theatre! Director Sam Carter will be in attendance.