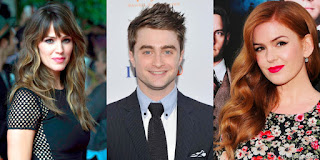 This week, catch up on the details of “Miracles from Heaven” with Jennifer Garner and Queen Latifah (to film in Georgia this summer); “Legacy of a Whitetail Deer Hunter” with Josh Brolin and Danny McBride (filming in Georgia); and “Young Americans” with Daniel Radcliffe and Dane DeHaan (filming in New Orleans and Atlanta this fall). Plus, catch some info on “The Magnificent Seven” with Chris Pratt and Denzel Washington, set to film in Louisiana.

Find out where Isla Fisher (“Keeping Up with the Joneses”), Andrew Lincoln (“The Walking Dead”),  and Kanye West and OutKast were spotted around town!