Trending
You are at:Home»News»14 Films to See at the 2015 Sidewalk Film Festival 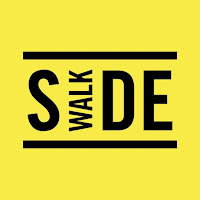 This will be my third year attending Sidewalk Film Festival and there is just something about this three-day extravaganza in Birmingham, Alabama that gets me more excited than just about anything else that happens all year.

It’s all of this and more—an x-factor, if you will—that this incredible film festival possesses. A charm all it’s own, amazing theaters, wonderful film programming, great parties, delectable food. I’m gushing, I know, but I simply can’t help it. Sidewalk is The Perfect Storm.

At the heart of it, though, is truly the love of film. It reflects in their program every year and this year is certainly no exception! I have compiled a list of 14 can’t-miss films for you to check out this year, and then added 8 more that you might have already seen on the Georgia film festival circuit, but certainly warrant a revisit. 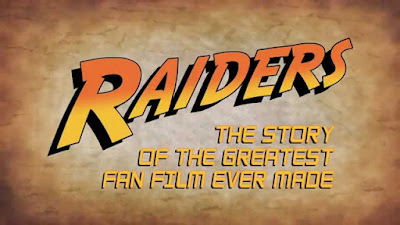 Opening Night: Raiders! The Story of the Greatest Fan Film Ever Made

In 1981 the biggest film in the world was “Raiders of the Lost Ark.” If you were in junior high in ‘81 you did not miss seeing “Raiders” in the theater, you might have even made several visits to your local non-stadium seated multiplex to catch Indy fighting the Nazis. The VHS tape from your local movie rental store was worn thin from multiple viewings and you were probably the proud owner of an Indy hat. In 1982, three ambitious Mississippi tween “Raiders” fans decided that multiple viewings and movie swag wasn’t enough and decided to recreate the beloved film—shot, by shot. Through relationship turmoil, stunts-gone-wrong, parental divorces and all of high school they worked diligently to remake one of the biggest blockbusters of all time. They cast the family dog as a Nazi, completed their own stunts, asked for props for holidays and set lots of stuff on fire. They remade a Spielberg film, all but one scene. 30 years later, they revisit their unforgotten dream and try to finish the movie. “Raiders! The Story of the Greatest Fan Film Ever Made” is just that… and more; it’s a true love story, one of dedication, hard-won friendship and the heartfelt lengths that folks will go to for the love of filmmaking. 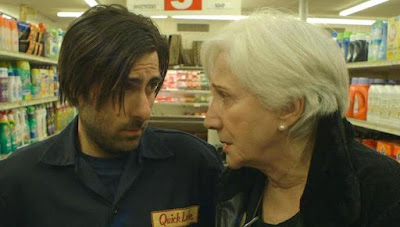 “7 Chinese Brothers” is as hilarious as it is touching. Jason Schwartzman plays Larry, an all-around loser who seems to care far more about his admittedly adorable dog, Arrow, than about any of the humans in his life, except for maybe his ailing grandmother (played by the one and only Olympia Dukakis). After losing his job, Larry struggles to stay financially afloat in a world that seems, at least from his perspective, to be completely against him. 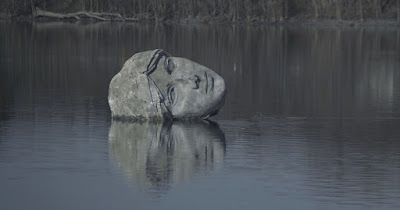 Strange things are happening in Troy, New York. A black horse gallops through downtown streets. Gravity works in reverse. A mother nurses her plastic baby. Random citizens are falling into “temporary walking comas.” These surreal images, many inspired by actual news events, are part of the paranormal mystery of “H.,” a film that reminds us that real life is weird enough without the aid of the supernatural. Chalky, shiver-inducing photography pairs well with the varied sonic elements to set a chilling scene in this highbrow creepfest. Over the years we’ve come across several films examining the tribal attributes of campus Greek life, but none have reached the level of bro-tastic (and even sis-tastic) insanity as “Haze.” The story follows Nick, a freshman and leader of his fraternity pledge class. His peers look up to him as they endure humiliating levels of hazing, but it is revealed that his own brother is covertly trying to shut down the entire system, his loyalty is tested to the worst degree. Warning, not for those squeamish when it comes to vomit. 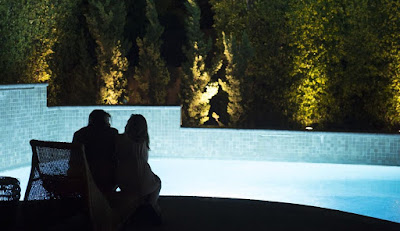 Will and his new girlfriend are guests at a dinner party hosted by his estranged ex-wife. Considering the couples past some unpleasantness is expected, but Will quickly begins to suspect that something more than typical inquietude is afoot. “The Invitation” captures the essence of the most awkward social gathering imaginable and combines it with the momentum of a runaway train. Creepy and captivating, the thriller does an incredible job keeping its audience guessing. Sharp casting and precise direction lead the list of wonderful things about “The Invitation” and there’s truly not a wasteful minute in the feature. 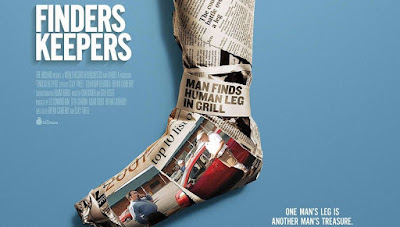 In 2007 at a North Carolina storage locker auction, Shannon Whisnant bought a used grill. When he returned home with the purchase he discovered that a smoker wasn’t the only thing he acquired… inside the grill was a human foot. Meanwhile, amputee John Wood, discovering that it was his foot that was missing, demanded its return. Shannon, caught up in a media frenzy and using the foot as a for-profit sideshow, refused. It’s going to take Judge Mathis to figure out whose in the right. Just in case you didn’t notice, “Finders Keepers” is a documentary. 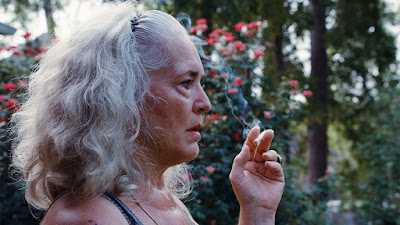 “Krisha” is one of the most startling narratives to come our way this year. Told with a dizzying energy, the film spins off from being a family comedy to an unsettling fever dream. A likeable woman with a past of mental illness and substance abuse, braves a second chance to spend a holiday with her estranged relatives. Being amongst a high-trafficked house full of kids, annoying dogs, and old baggage, she starts to crack. A perfect marriage of experimental tone and cinematic craftsmanship, few films come away feeling so alive. 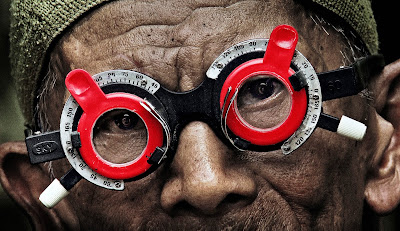 The Look of Silence

Director Joshua Oppenheimer revisits Indonesia and it’s bloody past in this companion piece to the Oscar-nominated “The Act of Killing.” “The Look of Silence” follows optometrist Adi, whose brother was killed during the Indonesian genocide of 1965 by murderous factions still currently in power. After learning of the identities of the perpetrators, Adi decides to end the cycle of suffering. He confronts his brother’s killers, offering them eye exams in exchange for a recollection of their past atrocities. While unraveling the horrific story of his brother’s death, Adi discovers the numb and unnerved state of a silenced people. 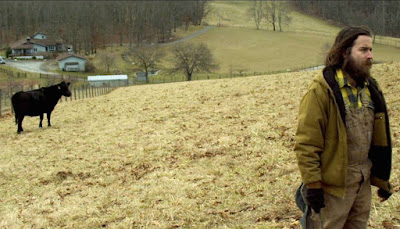 Sal has left modern society, his past and his girlfriend to live off the land in remote Appalachia as a caretaker and gardener. But is this remote living freedom or its own kind of prison? Sal struggles with the isolation of his new job, with the death of a neighbor and a long-distance relationship, and with the discovery of an abandoned child as he wonders where, if anywhere, he truly belongs. Beautifully shot and performed, “Some Beasts” tells its story of loneliness and self-reliance with an uncommon grace. 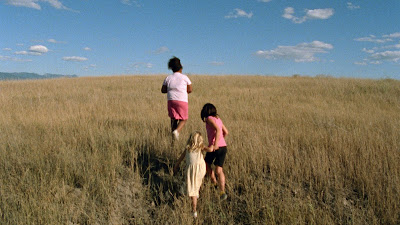 2015 has been a good year for Director Britni West, she took home the Slamdance Grand Jury Prize and was named one of Filmmaker Magazines “25 New Faces Of Independent Film”. Her first feature, “Tired Moonlight,” perfectly captures the spirit, majesty and timelessness of summer in small town America. To quote the filmmakers, “Pitting grand landscapes against dinners of fried chicken and the roar of V8 engines on Saturday nights, ‘Tired Moonlight’ wanders through Solitaire games (always won), secrets lost in cavernous hearts, and the fifty miles of bad road that always gets you home.” 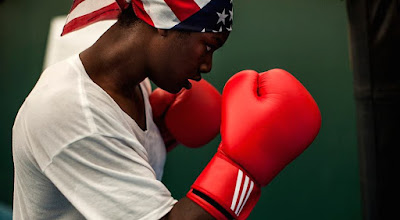 In the 2012 Olympics, women’s boxing was included for the first time. Representing the U.S. was Claressa “T-Rex” Shields, a contender for gold and the youngest competitor at just 17. Raised on the tough streets of Flint, Michigan, Claressa is undefeated, with a fierceness that extends beyond the ring. The only stable force in her life is her coach, Jason Crutchfield, who has trained her since she was 11 years old. Claressa dreams of taking her family to a safer place and winning a gold medal may be her only chance. 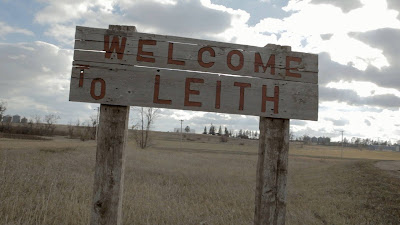 “Welcome To Leith” is the shocking-but-true story of a 24-person ghost town in North Dakota struggling against one man’s extremist vision. Shot over an 8-month period, the film documents white separatist Craig Cobb’s arrest for terrorizing the citizens of Leith on an armed patrol and his release from jail six months later. Set against the stark, desolate beauty of this almost abandoned state, “Welcome To Leith” asks who will be allowed to shape the future of one small town, and subtly questions what exactly might be at stake for all Americans. 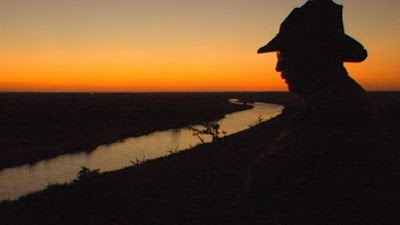 Western
Darkness descends on Eagle Pass, Texas and Piedras Negras, Mexico as the violent activities of Mexican drug cartels begin to disrupt the harmony between the two small border towns. Cowboys and lawmen on both sides of the Rio Grande bear witness to the harsh, new realities of modern times infringing on their previously idyllic existence. Tensions (and fences) rise as the crossfire escalates. With their signature verité style, the Ross Brothers capture a dreamlike vision of the frontier and a story that plays out like a true Western. 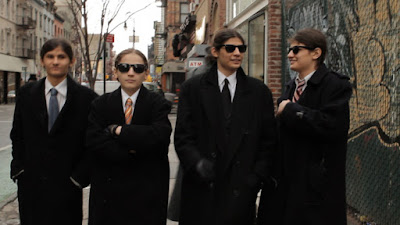 The Wolfpack
For 14 years, the Angulo family’s 7 children were rarely allowed to leave their tiny, cluttered apartment on Manhattan’s Lower East Side. Their father possessed the only key to the locked front door. In one year they didn’t leave at all. Home-schooled, but allowed to watch movies when not in class, the 6 brothers did so… endlessly. In April of 2010, led by 15-year-old Mukunda, against their father’s orders, the siblings began exploring the outside world. And everything changed. “The Wolfpack” tells the extraordinary life-is-stranger-than-fiction tale of the Angulo brothers. 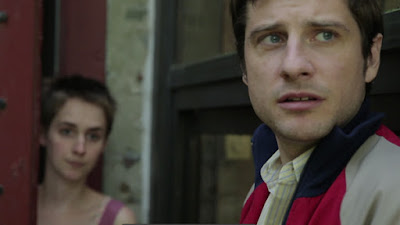 Catch these again!
Several films in Sidewalk’s amazing lineup this year were also official selections of some Georgia film festivals! “Deli Man” was a huge hit at this year’s Atlanta Jewish Film Festival. “Western” was one of my very favorite films at last month’s Macon Film Festival. “Blood, Sweat and Beer” played both the Atlanta Film Festival earlier this year and will play the Rome International Film Festival next month. “Apartment Troubles,” “Female Pervert,” “Funny Bunny,” “The Keeping Room,” “Krisha,” “Rosehill” and “The Tribe” also were official selections at this year’s Atlanta Film Festival.
For the full schedule, ticketing and more information, check out the website at www.sidewalkfest.com.
Share. Twitter Facebook Google+ Pinterest LinkedIn Tumblr Email