Trending
You are at:Home»News»The Goods: 20 Should-Be Oscar Contenders from 2015 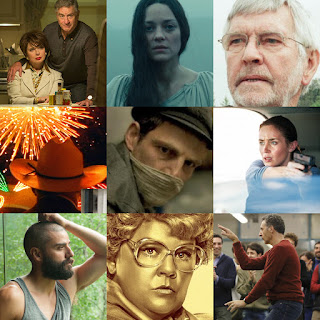 The year is over. A lot of films have come and gone, but a few managed to stick in our heads for perhaps longer than we expected. Will these titles and their stars pop-up on the Academy’s list in a couple weeks? Probably not, but maybe they should!
We have compiled 20 should-be contenders this awards season. Some of them might surprise you! Who do you think should be in the conversation? Check out our list and leave a comment.

“Black Mass” wasn’t offensive to me, but it just wasn’t much of anything. I’m not naturally a Johnny Depp fan, but I’m willing to admit when he is good, and I just didn’t see much worth writing about here. I was much more impressed with Julianne Nicholson and Joel Edgerton in their supporting roles. Julianne Nicholson has been terrific in several smaller roles in recent years with criminally little acclaim. I suspect her day will come eventually.

Everyone lost their heads over Emmanuel Lubezki’s careful cinematography in “Birdman,” creating the illusion that the bulk of the film was all one shot. Well, Peter Blackburn’s “Eight” is one shot. Filmed in one take, this one-woman show features a revelation in Libby Munro. Never before has obsessive compulsive disorder been captured with this level of realism and searing intensity. A must-see out of the Atlanta Film Festival. (Review)

Cate Blanchett is sure to receive her career 7th Oscar nomination for “Carol,” but she is just as Oscar-worthy in the Mary Mapes/Dan Rather drama “Truth.” While the another journalism film—”Spotlight”—stole most of the, well, spotlight this fall, “Truth” is actually a pretty good portrayal of what happened with “60 Minutes” in 2004. Maybe a bit more melodramatic than some cared for, but Blanchett is certainly not the problem. In fact, she’s still in a league of her own even when the film doesn’t live up to her performance. Anyway, isn’t it about time that the Academy re-examines its rules on not allowing a single person to be nominated more than once in a category?

Laugh all you want. Seriously, laugh because “Spy” is one of the most hilarious movies to be released in quite a while. But more than that, it is filled to the brim with talent. Melissa McCarthy’s brand of physical comedy puts her in an exclusive class. Throw in the fact that she actually does a great amount of character work here and you’ve got yourself a worthy contender. Rose Byrne is a perfect foil for McCarthy, as she continues to show serious comedic chops. I would almost add Jason Statham and Peter Serafinowicz to the conversation, but I’ll calm down a little bit. We shouldn’t forget Paul Feig’s screenplay and the theme song, “Who Can You Trust,” performed by Ivy Levan. 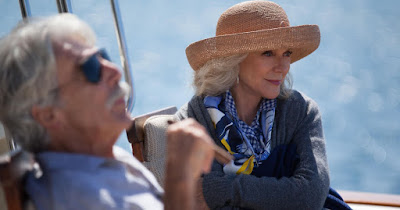 It was a pretty good year for older women in cinema, I’d say. “45 Years” and “Grandma” gave some of our most beloved actresses a lot to work with, and “I’ll See You In My Dreams” gives Blythe Danner her first leading role in her 40+ year film career. Not only is Danner fantastic, the film is just about as sweet and poignant as it could possibly be. Brett Haley’s screenplay and the song from which the film gets its name are also sure to make a placement on my ballot. 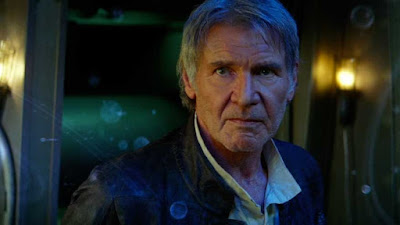 I’ve never thought much of Harrison Ford as an actor. He is a killer movie star, but an actor? Whatever. He gets the job done, I guess. But with all the “Star Wars” mania going around, and the fact that the film will have a strong, strong showing across all tech categories, I think Mr. Ford should get some consideration. Maybe I’m crazy, but he’s best in show in the film—and he’s never been this good in anything… ever.

Jane Fonda is great in the 2 scenes in which she features in “Youth.” It is a terrible shame, however, that all the attention being paid to Jane Fonda has left Rachel Weisz out in the cold. All five principal actors are worth talking about—as are several of the film’s other elements—but the lack of buzz for Weisz is shocking.

Though it didn’t make the final shortlist for Best Documentary, there were certainly several pundits predicting its inclusion. Premiering at SXSW and then playing at the Atlanta Film Festival, Macon Film Festival, Sidewalk Film Festival and Savannah Film Festival, Georgians certainly had several chances to see one of the best and most beautifully photographed documentaries of the year. This is the first film from Mo Scarpelli and Alexandria Bombach, and wow—what a debut! (Review)
11. “Me and Earl and the Dying Girl”
Best Picture, Best Director, Best Adapted Screenplay

With Sundance winners frequently steamrolling through the year and on their way to Oscar gold, I thought “Me and Earl and the Dying Girl” would be no exception. However, it seems that the film—which has tons of charm, both cinematically and emotionally—has been all but forgotten. Well known actors fill the adult supporting roles (which we will talk more about shortly), but the lead cast of newer faces were unlikely to spark much more than breakthrough awards. That said, I have it in consideration for Picture, Director and Adapted Screenplay. (Review)
10. MARION COTILLARD, “Macbeth”
Best Actress 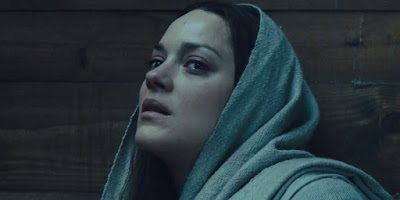 Yeah, OK, I know. I’m her most ardent admirer and will root for her in anything. But with good cause! Though she already has a statuette and another nomination, she was deserving (in my mind) of additional nominations for “A Good Year,” “Inception” and “Rust and Bone.” Justin Kurzel’s stylish adaptation of “Macbeth” largely flew under the radar this fall, diminishing a lot of buzz from its Cannes debut. While it might’ve been hard for a mainstream audience to latch onto the Elizabethan English dialogue, no one in their right mind could watch this and not be floored by Cotillard’s emotional magnitude.
9. JACOB TREMBLAY, “Room”
Best Supporting Actor

Okay, maybe he is a contender. But Jacob Tremblay should be a shoo-in, rather than a dark horse. Especially in a year where none of the acting categories have a seemingly pre-destined favorite taking up space. (Review)
8. WESTERN
Best Documentary 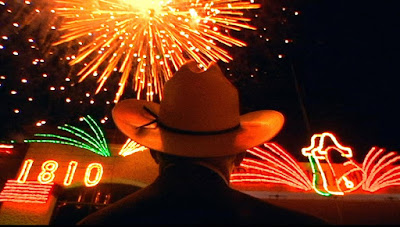 I’ve been a fan of the Ross brothers since 2012’s “Tchoupitoulas,” and “Western” shows both consistency within their own cinéma vérité wheelhouse and growth as filmmakers and storytellers. Unfortunately, this just wasn’t seen much outside of the festival circuit and didn’t make the final documentary shortlist.
7. MOLLY SHANNON, “Me and Earl and the Dying Girl”
Best Supporting Actress

Back to “Me and Earl and the Dying Girl.” Who would have thought that Molly Shannon, one of the funniest cast members of “SNL” in the 1990s, would be responsible for giving me the most ‘feels’ in a movie about adolescent cancer? She’s seriously great in this role, so much that I wanted about twice as much of her in the film. (Review)
6. ISABELLA ROSSELLINI, “Joy”
Best Supporting Actress 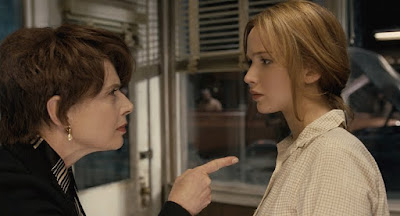 A veteran actress, a legendary beauty and a member of one of film’s royal families. All Isabella Rossellini ever has to do is open her mouth and let that wonderfully syrupy accent enchant. Who doesn’t love hearing this woman talk? But that’s not all she does in “Joy.” Though the movie is most definitely resting in Jennifer Lawrence’s capable hands, Rossellini is best in show among the film’s colorful supporting characters. The scene in which she asks Lawrence four questions before deciding whether or not to financially invest in her idea is not only super fun, it’s one of the best scenes of the year—and a miniature acting masterclass.
5. “45 Years”
Best Picture, Best Director, Best Actor, Best Actress, Best Adapted Screenplay, Best Cinematography, Best Editing 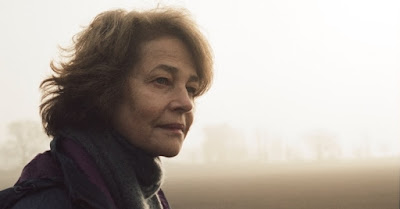 Charlotte Rampling better get an Oscar nomination, or I’m going to lose my mind! While she is easily the greatest asset of “45 Years,” the beautifully simple film owes a lot to Andrew Haigh’s careful direction and adaptation. Tom Courtenay is also as good as ever and the film is so crisp and lean, you can’t help but give it marks for photography and editing.
4. JOHN TURTURRO, “Mia Madre”
Best Supporting Actor 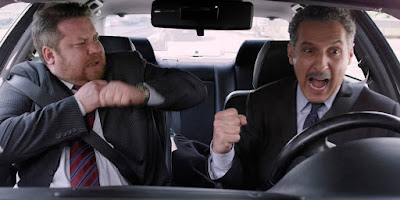 Nanni Moretti has a soft spot in my heart, since I watched so many of his films while I studied Italian in college. But John Turturro earns this distinction all his own in Moretti’s latest film, “Mia Madre.” His role as a loud-mouth, difficult idiot of an actor working on an Italian film was no doubt tremendous fun for Turturro and it shows. His dance scene is also amazing, but not quite as memorable as the dance scene belonging to…
3. OSCAR ISAAC, “Ex Machina”
Best Supporting Actor

That dance scene alone is enough for me to give him the statue, let alone nominate him. While his co-star Alicia Vikander has had a banner year and is getting some buzz and nominations (although, she is more likely to be nominated for the more Oscar-friendly “The Danish Girl”), Isaac is fantastic in this film. Overall, “Ex Machina” is garnering a lot of year-end superlatives… just not enough for this guy. (Review)
2. “Son of Saul”
Best Picture, Best Director, Best Actor, Best Original Screenplay, Best Cinematography, Best Editing, Best Foreign Language Film

Guys, just watch this film. I was fortunate enough to see a 35mm print in Savannah and it was one of the most incredible festival experiences of my life. This is a foreign language front-runner, but really belongs in categories across the board, including Best Picture, Best Director and Best Actor for Geza Rohris.
1. “Sicario”
Best Picture, Best Director, Best Actress, Best Supporting Actor, Best Original Screenplay, Best Cinematography, Best Original Score, Best Editing

Was “Sicario” released too early? Hard to say. The chilling and timely cartel drama is easily one of the year’s best films. Emily Blunt, Benicio del Toro and Josh Brolin are in top form, but the film is as just as finely tuned technically. Denis Villeneuve (director), Jóhann Jóhannsson (composer) and Joe Walker (editor) put forward career-bests and Roger Deakins makes another excellent case for his super-long-overdue cinematography Oscar. (Review)
Over half of these films made stops along the Georgia (and Alabama) film festival circuit. “Eight,” “Frame by Frame” and “I’ll See You In My Dreams,” featured at the 2015 Atlanta Film Festival. “45 Years,” “Amy,” “Frame by Frame,” “Mia Madre,” “Room,” “Son of Saul,” “Truth” and “Youth” all screened the 2015 Savannah Film Festival. “Frame by Frame” and “Western” both played at the 2015 Macon Film Festival and the 2015 Sidewalk Film Festival.
Share. Twitter Facebook Google+ Pinterest LinkedIn Tumblr Email