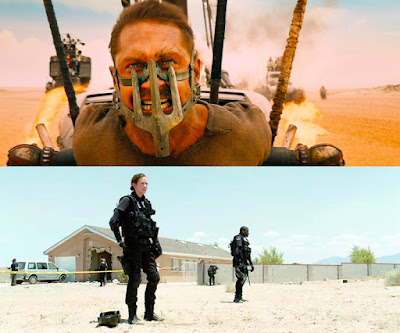 The Georgia Film Critics Association turns 5-years-old this year and has released the nominees for the last year in film. “Mad Max: Fury Road” leads the pack with 7 nominations. “Sicario” landed 6, with “Spotlight” and “Room” each getting 5. “Carol,” “Ex Machina” and “The Martian” all earned 4 nominations.

Some surprises include “Me and Earl and the Dying Girl” landing a sole nomination for Best Picture, “The End of the Tour” being honored for Jason Segel and Adapted Screenplay, director Ryan Coogler landing a Best Director nod without “Creed” getting nominated for Best Picture and Rose Byrne showing up in the Best Supporting Actress race for “Spy.”

Documentary nominee “The Look of Silence” was also nominated for Best Foreign Film. A voting tie results in the GAFCA’s first ever list of 7 nominees for Best Actress. Steven Spielberg’s “Bridge of Spies” earned 3 nominations, as did “Star Wars: The Force Awakens.”

Georgia-lensed “Furious 7” was nominated for Best Original Song. The Oglethorpe Award for Excellence in Georgia Cinema will be announced with the winners list on Friday. A shortlist of considered films is expected to be released as well.

Winners will be announced on Friday, January 8th. Check out the full list of nominees after the jump.